vivo iQOO phone appears in real life, does not fold

Last week vivo introduced a new sub-brand called iQOO and teased its first phone. We assumed it might be a gaming smartphone, but official-looking renders suggested a foldable device with fold-out design.

During the broadcast of the NBA All-Star Game, a TV presenter in China revealed the smartphone, but it is just a regular-looking device with three cameras on the back and the iQOO logo in the lower left corner. 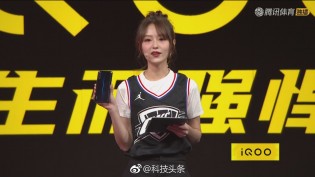 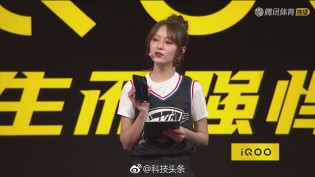 Looking at how Huawei and Honor design some of their handsets to be held in landscape mode for the logo to read correctly, we assume the iQOO is either a camera-centric spin-off of vivo or we are back to square one and our initial assumption of a gaming device, although it lacks the aggressive design most gaming competitors offer. 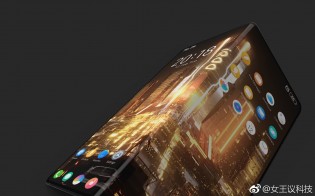 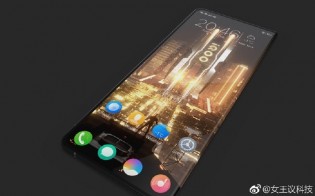 Going even deeper in the rabbit hole, vivo never had a smartphone dedicated to shooting photos with its main snapper. It can also be a half-gaming half-flagship performer, trying to topple the Honor Play and Xiaomi Play at the domestic market. The third realistic variant is the new vivo iQOO is a slider, similar to the Honor Magic 2 and Mi Mix 3.

While we are yet to see any actual specs, at least we know how to pronounce iQOO, thanks to the presenter - it is eye-coo.

your phone does the copycat