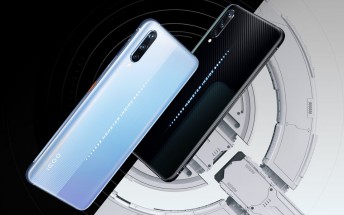 While the Dongguan-based phone manufacturer did not officially say anything about Snapdragon 855+, it is obvious the new iQOO handset is coming out to compete with the other gaming smartphones.

According to rumored specs and leaked photos of the phone that was expected to be called Plus instead of Pro, it will be similar to the first vivo iQOO - three cameras on the back, 8 GB RAM, 128 GB storage and 44W fast-charging for the 4,500 mAh battery.

Since the phone has “5G” in its name, it is obvious vivo is launching it as its first handset that is ready for the next-generation network. This means the Snapdragon 855+ chipset will be coupled with the Snapdragon X50 modem, bringing gigabit speeds and practically zero lag for users.

Price-wise, the phone is expected to cost CNY4,498 (about $650/€580) but might have other price tags if there are more memory options. We’ll have to wait for two more weeks until everything is clear and until then we can only play the speculation game.

thak you from director and desiner. we are iranian .here phone is very high price