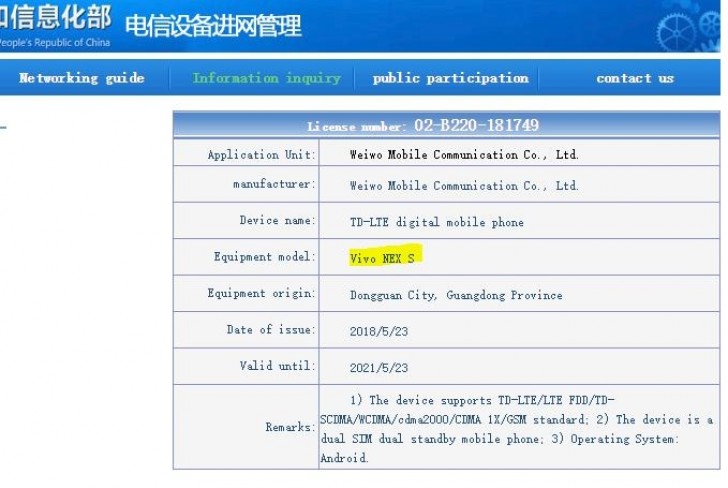 Thanks to the latest report from TENAA, we now know that the Snapdragon 710-powered variant will be named NEX S and will support dual-SIM. This would be a great compromise for people, who want to own the nearly bezel-free smartphone with super-cool selfie periscope, yet don't want to spend more than $1,000 on it.

All will be revealed on June 12 when the company will officially announce the phones.

There is a version with no pop up camera akin to mi mix too.... choices choices everywhere, welcome to land of android...

Beter a notch. No mechanical part. And that place of the screen is wasted anyhow. Notch + no bottom bezel (like Apple's) is the best. Only bad w Apple is the humongus side bezels. If they shave them off too you get the perfect design for current...