The V11's glass-sandwich body is arguably the most common among premium smartphones these days and even plenty of its mid-range peers employ it. But vivo did try to make it standout in more than one way. 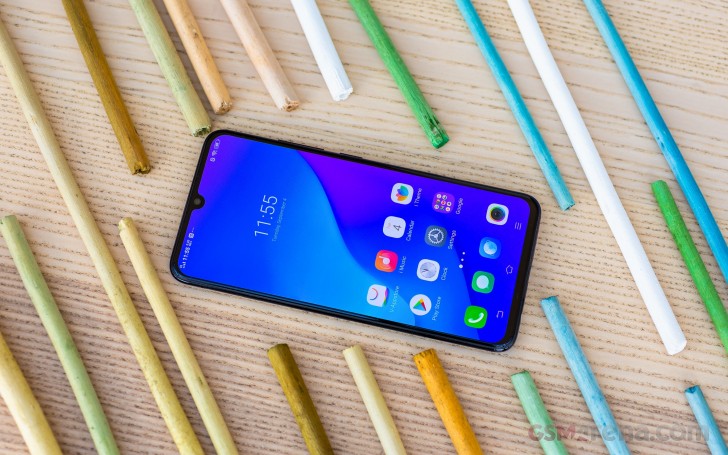 For starters - we just can't take our eyes off the AMOLED screen. It's quite large at 6.41", but thanks to the thin, almost non-existing, bezels - the phone isn't a huge slab. The small cutout on top accommodates the 25MP selfie camera and nothing else. It's still an interruption of the screen, but as far as notches go this is certainly the most elegant solution we've seen so far. Some might even say that it adds some character to the phone, but to each their own. 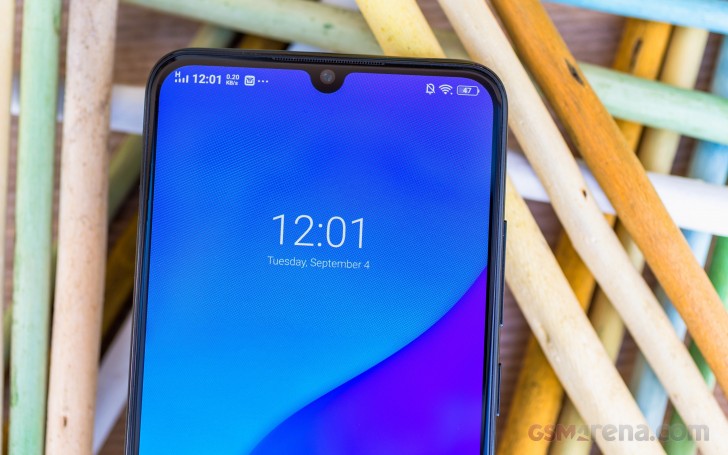 If you look closely though you'll see the long earpiece grille on the bezel.

We've seen quite a few phones claiming to have bezel-less displays, but the Halo FullView screen on the V11 is indeed very close to this concept with 1.76mm side bezels, about 3mm top one, and minimal chin. 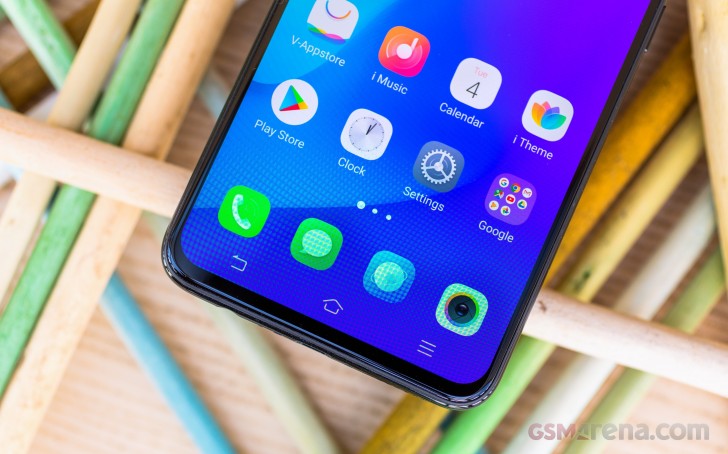 The fingerprint-scanner is under the display and that's the second impressive thing about the V11's design. vivo pioneered this feature and is now starting to use it even on its mid-rangers. The sensor has an always-on option so you always see a small fingerprint on the screen, but this turned out to be quite the battery drainer. We'll circle back to that later. 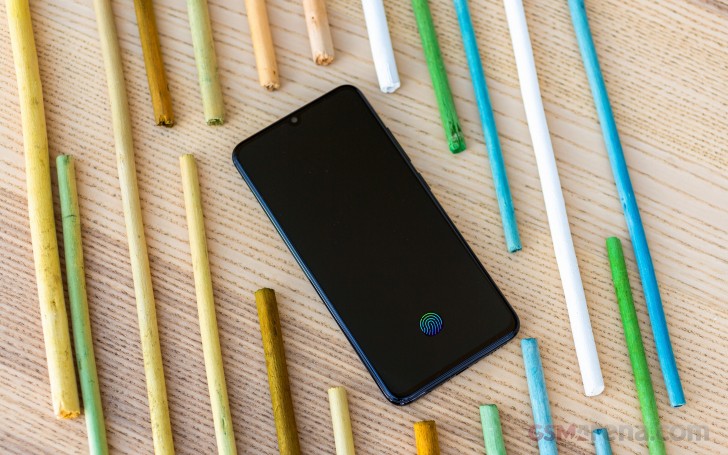 If you opt to turn the Offscreen Unlock off, then you'll need to use the power button to wake the phone up and then use the sensor. It's a bit sluggish, just like the other in-display sensors we've seen so far, so it's probably for the best that vivo provides face unlock as an alternative.

The V11 has a stunning back. Vivo opted for two gradient paintjobs - Starry Night and Nebula. The Starry Night is the one we have here, and it uses black and blue hues, with the latter having some light-blue stars sprinkled around. 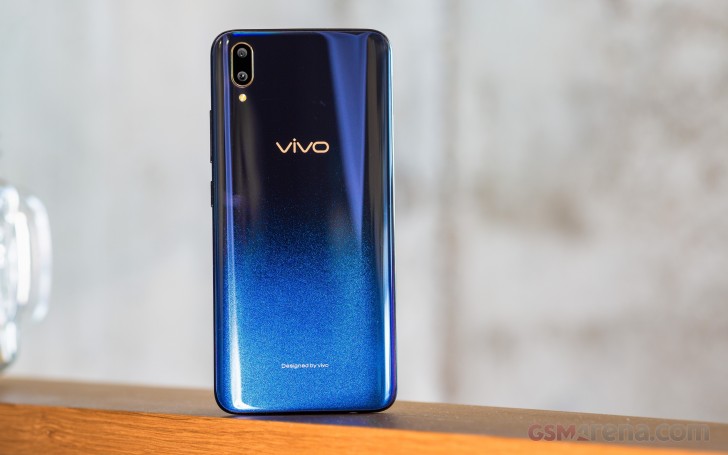 The dual-camera is protruding at the back. It has a 12MP primary sensor with bright lens and another 5MP for depth sensing. The gold accent around the buldge wouldn't be our top pick, but it's not that bad either.

The back is all glass, though vivo hasn't mentioned the specific type it used. We have to warn you that it's hardly very durable because it started picking up scratches rather quickly. The piece is trendily curved towards the frame, which makes for a rather thin profile but hurts the overall grip.

The frame itself is made of plastic, it's curved, and has a slippery glossy finish. That's three out of three. We wouldn't have minded the plastic, but the thin yet curved shape a make the V11 a particularly slippery phone. We suggest you use the case provided in the retail package or get a third party one or this phone may be rendered incapable of serving you very quickly. 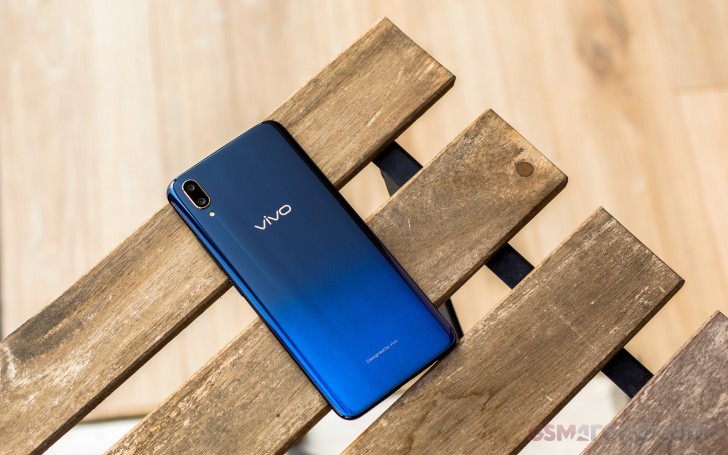 The vivo V11 has a 3.5mm audio port at the bottom, which is nice. There is also a triple card slot, which has gained some popularity recently. This is a tray that can accommodate two SIMs and a microSD card at the same time.

The vivo V11 is a looker, no two words about this. The glass design is as trendy as ever, but the reimagined notch on the AMOLED screen, the fingerprint-scanner under that screen, and the dazzling glass back are the things that made the V11 so pretty.

Vivo v11 pro pedometer app not working . When I walk 110-120 steps per minute The app is able to record 70-75 steps only. The same app in other phone mi is recording well. How to Rectify?