The vivo X23 is going to be announced soon, possibly even on August 20 - that date leaked through the Chinese company's virtual assistant, Jovi. Someone in China already seems to have his or her hands on a unit, however, as evidenced by the two spy shots you can see below.

They show a phone with a very small notch at the top of the display, akin to the one found in the Oppo F9 that recently became official. Oppo calls it a 'waterdrop' screen, and it's not surprising to see vivo using the same design as the two companies are both subsidiaries of BBK Electronics. 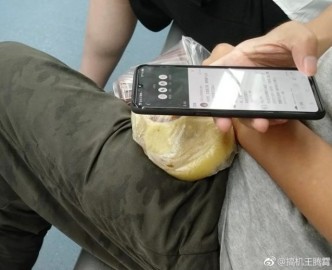 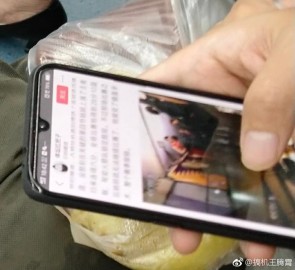 Alleged vivo X23 in the wild

That said, we can't be 100% sure what's pictured here is actually the vivo X23 and not the Oppo R17, another device from vivo's sister brand which was announced a short while ago. Based on these angles it's tough to say with certainty that we're looking at a vivo and not an Oppo.

The vivo X23 should come packing the Snapdragon 670 chipset, an improved version of the under-display fingerprint reader, 3D face recognition, 8GB of RAM, and 6.4" size for that screen.

Believe, and the Lord shall deliver! Don't know why I said that, I'm not a Christian XD

Sorry I dont see any hope