Retail package with attention to detail

The vivo X5Pro arrives in typical company fashion and that means a stylish white box with separately packaged accessories inside. The bundle has the basics covered, starting with a (somewhat slow) 5V/1A AC adapter, a USB cable and a headset with a single-button remote and round cords. Additionally, you get a frosted bumper back cover, which wraps around the sides as well.

Considering the company still holds the world's thinnest smartphone record with the Chinese version of the X5Max, those who expect a slim smartphone won't be disappointed by the X5Pro.

The device measures 147.9 x 73.5 x 6.4mm and weighs 151g, which makes for a nicely manageable 5.2-inch smartphone. It's pretty much the same size as the Sony Xperia Z2/Z3/Z3+ that have the same screen diagonal and dual-glass build. The record-holder X5Max is notably larger, and even though it's paper thin, this one is easier to handle.

To get it out of the way from the start, there's a certain iPhone 6 air to the vivo X5Pro. Of course that excludes the back, which Apple made of aluminum, but not vivo. 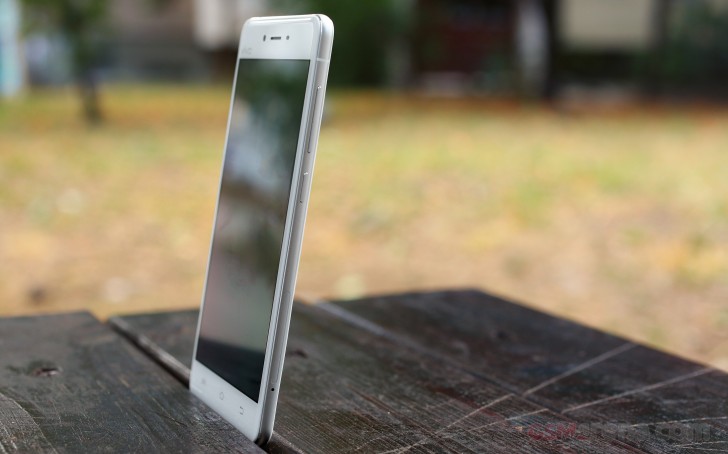 The vivo X5Pro is built like a tank - if tanks were made of glass, that is. Unlike all of its siblings, which have brushed metal backs, the Pro boasts a dual-glass design. Metal has been limited to the outer frame and also the inner body, naturally.

Everything fits together tightly to form a very solid device. Thanks to the heft of the glass and the thin profile the smartphone feels quite robust, in an expensive kind of way.

The premium touches are all over. Both slabs of glass end with a fine taper at the edges. Couple that with the slight bulge along the entire frame, and your fingers never have to touch a sharp edge.

You will struggle to keep the X5Pro clean though, as the glass picks up fingerprints quite easily. Our white review unit does well to mask them on the back, but they are a lot more visible on the front with the display off, and we'd expect that the black version would require more frequent wiping.

The X5Pro adopts the customary company control layout. You have the capacitive Menu/Home/Back buttons in the bottom bezel, which don't have backlighting, but are reflective and visible under almost any circumstances. The top bezel houses the earpiece along with the proximity/ambient light sensors and the 8MP selfie cam.

The minimalistic back only features the primary camera lens and a single LED flash. The flash sits behind the glass back panel, but the lens needed a tiny bit more room and sticks out by about half a millimeter. The subtly raised frame makes sure the phone isn't resting on the lens itself when lying on its back. Not that it should be a problem, considering its sapphire crystal coating.

vivo crammed almost everything on the right side of the phone, leaving the left completely bare. Top to bottom, you have the volume rocker, power button and a dual card slot. The second (nano) SIM slot doubles as a microSD slot, so make sure to pick up a microSIM card for the primary one if you want to use the memory expansion.

Controls on the right, nothing on the left

The bottom features the microUSB port, which is upside down, compared to what most people are used to, so you may be faced with a short period of adjustment. There's a single speaker behind the left mesh, while the right one is there for symmetry and to accommodate the mic.

The standard 3.5mm headphone jack is on top, but we didn't see a pinhole for a secondary mic, so no noise cancelling.

microUSB and speaker on the bottom, 3.5mm jack up top

The vivo X5Pro is perhaps the borderline size for comfortable single-handed use. A lot of people refuse to go the phablet route and the 5.2-inch diagonal is a reasonable compromise between screen estate and pocketability.

Of course, you won't be able to reach all the way across with your thumb without readjusting your grip, but the bottom position of the quick toggles means you don't have to stretch out to the top all that often.

vivo X5Pro in the hand

The dual glass design means the X5Pro is very slippery. That is easy to live when holding it with your hand, when dirt and tighter grip provide the necessary friction. However, you should be careful leaving it on any smooth surface, which is less than perfectly horizontal, as it may slide off in a heartbeat.