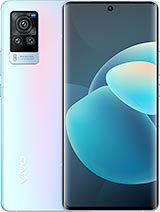 Inbuilt speaker i think it cost 0.25 dollar . Even very cheap mobiles have a better speaker. Why vivo choosed cheepest speaker in this universe. 100% they created x60 series to loot all money .all the best to new billionaire. Making cheapest quality mobiles. I m daily wage guy i bought this device 3days back i hate this pro. Bye vivo

Riflo, 15 Jun 2021The only difference there are 500$ less in your pocket. No issue on money, haha..
Got the phone, and have been using it for almost 1 month now. A very good phone this x60pro indeed. Clear photo n video. Very fast, almost no lag at all. Battery life is better than I expected(60hz), after last update, they improved battery life more. If you use smart switch or 120hz, it got worse, since my eyes cannot differentiate and the game i play only available at 60hz, I use 60hz. The only issue I have is : the pre-applied screen protector is could peeled easily because of curved display.

Fun fact: The non pro version is actually better than this

today i bought this phone actually this phone is but i feel little warm(heat).

It is a nicely designed phone, with a good camera, screen, storage, processor, and premium build. Accepted that it is a little short on the battery and single speaker, other than that it is a delightful phone to use. Oxygen OS & One UI maybe better, but spend a few days with Funtouch and it can come close to the other two (I say this as I'm a long time Oneplus user and have used Samsungs A71 as well) This phone surely deserves more attention than it is currently getting.

Iphone xs vs vivo x60 pro.. which one can I choose?

Which one is better for Video Camera and Battery

Please choose one for me...

Anonymous, 15 Apr 2021With this battery the phone belong to garbage.Maybe a phone with built in powerbank , say 20000 mAh phone with 400g suits you more

I'm still waiting for my x60 pro to come to me. Still in preorder period. I still use my current phone redmi note 9 pro, because some problems, I decided to buy a new one.

For 1 week I was in struggle before choosing x60 pro over f3. A few points for me to choose x60pro :
1. F3 has ads in it's UI. Very annoying since I still use redmi note 9 pro, so I know about the ads.
2. Xiaomi OS is not really stable, I experience a lot of trouble in rn9p, freeze, slow response, ghost touch, etc. You can search my comment on redmi note 9 pro section about my problem with the phone.
3. Funtouch UI more stable, my friend's phone vivo Y series since 2014 until now still working fine and n smooth. No ads!!!
4. The dimension, x60pro smaller, since I like more compact phone rather than big n heavy phone.
6. Far better camera performance on x60pro.
7. True! No stereo speaker is a minus, but not major. Amoled screen on F3 is better, but for me for a few years has phone with IPS, there is no minus for me.
8. I do prefer under display fingerprint scanner than on the side with power button.
9. No IR blaster is a minus for xiaomi user like me now. But not major minus.
10. For half the price of x60pro, F3 has major attractiveness, since it has same processor.
11. On battery drain test comparison, x60pro doesn't lack to far than those with bigger battery like redmi note 10 pro.

Note : I still hasn't got my x60pro. My analysis based on youtube review on x60pro, and past experiences on older phone model for both brand. All my family phones was chosen by me, there are realme, oppo, samsung, redmi, all midrange class phone, so I have experience with those brand. No vivo phone this far, but my friend use vivo, so I can tell a little, and expect x60pro to be stable too.

Apoc, 15 Apr 2021Can we just using 60 Hz instead of 120 Hz to save battery l... moreYeah there is an option to reduce screen refresh time

Its not the high end phone but a good compromize i am looking for.
Not a heavy brick but resonable weight and size
Good enough in photo and power.
waiting to come in Europe.

Anonymous, 15 Apr 2021With this battery the phone belong to garbage.YES

Anonymous, 15 Apr 2021With this battery the phone belong to garbage.Wouldn't mark a phone trash solely of that but ok

The phone is cool i love it, the build & specs is very good , but it have a weakness, it doesn't have water resistant which is so close to be best smartphone

With this battery the phone belong to garbage.