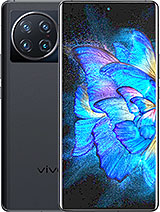 __ the screen is big

for such big screen 169mm

anyway for those ppl looking for small screen

is the main camera of
X70 PRO+

If only it didn't have curved screen edges and if it were a bit bigger, I'd get it.

How can a phone that's ONLY 80mm wide be considered "massive"? I'm writing this on my 91mm wide Honor Note8 that I can't find a worthy replacement for.🤔

sohail shafayat, 12 Apr 2022Telephoto camera setup is totally a mess, the 8MP periscop... moreIt's has OIS, what tf are you talking?

If you are finding the best camera phone, just wait X80 pro+, this is not the best vivo camera phone. I think this is an all rounder phone with big screen, sufficient cpu, enough battey and good charging speed and not-bad camera setup for 900 euros.

Telephoto camera setup is totally a mess, the 8MP periscope cam without OIS is simply useless!

SAWY3R, 11 Apr 2022It's a 5000 mAh battery w/ 80 watt charging... how is ... moreHe wanted to say that the battery is smaller compared to its 7" screen, 6000mAh could be better. I think charging speed and battery capacity has different aspects. You should not bring charging speed when someone talks about battery capacity. We barely carry a charger when we are away from home for 10-12 hours, in that case we need a bigger battery. Hope you understand.

v not saying its a bad phone from just those two, its actually kinda good, its just minor

I miss the NEX series 😥

If there's an issue I've got with this phone, it would be the lack of a larger battery and lack of gimbal stabilization on the ultrawide. I cannot emphasize how fun, intuitive, and capable Vivo's gimbals are. I'd call the gimbals Vivo's trademark feature.

(The one I tried was the X60 Pro. It was almost scary how little the frame moved no matter how much I rocked the phone in different directions.)

JURE 75, 11 Apr 2022wtff, 12mp - 2x zoom camera and only 8mp - 5x zoom camera??... moreThis phone doesn't have an RYYB sensor behind the lens. As Huawei has demonstrated, small sensors like this, 8 or 12MP, need an enhanced sensor to work well. Otherwise, they are pretty much the same, and you won't notice the difference. Either you think both are fine, or both are insufficient. As for the portrait lens, that one needs detail to produce good portraits.

I tried the P40 Pro alongside my P30 Pro, and the only difference I noticed was that the stabilization on the newer model was better; the image quality itself was negligible between the two, although the RYYB sensor behind the P40 Pro's periscope will pull far ahead of the P30 Pro's which can be best described as mediocre when the light falls. Vivo's images will be somewhat like the P30 Pros in this regard, given how the hardware is very similar. But they won't be bad.

Last First
Prev 8 of 9 Next