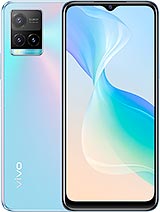 Nice phone. 1 month of use no issue

From same day I bought, it started giving issue. Lagging issue is like anything, that is never ever expected d from a 8GB 128GB configuration phone. Frequently hanged. Voice calling, speaker is very bad. When wanted to share any image or video, no option(whatsApp or other) displaying. Given back to service center, they also accepted device have software compatible issue. They confirmed about replacing with new phone to me but not sure when this will happen.

This phone is well optimized. Battery, camera, performance are all decent. Vivo keep up

Day 1 of my phone the messenger app always lag,,,,like a phone without wifi connection..until now same issue..never happen in my other phone with low end features. bad experience in this phone..dont want to buy vivo again.

The worst phone I have ever used. Sometimes during dialing , it will beep continuously without any further action and hangs.
Also sometimes phone hangs for a while.
Not user friendly.
Bad experience

This phone is superb as I'd expect. The charging speed, camera, battery are great. Vivo Y33s is fast and has nice design

Leen, 07 Dec 2021So far so good. Free lag as per mentioned. Overall performa... moreThe phone is 5000mah. But it's easy to drain a battery with just playing a single app, only Spotify, using WiFi so it should help to save battery.

All in all Y33s is a good phone... But my only problem is all of my music including youtube suddenly stop or pause..i havent experience it on my previous phone except now in my Y33s ..i hope someone would help me..im not a techy person and i dont know how to fix it

James, 17 Dec 2021It not support the 4k video Speakers quality sound is not good .

Vivo Y33s is a good budget phone and the specs are average, what I don't like is that the display is LCD so it could get easily cracked and the back of the phone is plastic so it scratches a lot and I wrapped it with Gadgeshieldz green camo skin and it looks so awesome now!

Anonymous, 06 Dec 2021Hi, but how was the camera quality, i would like to buy one... moreSelfie camera only gives clear picture to he handler and the rest in the selfie is/are blurry..as if u are using bokeh.

Anonymous, 06 Dec 2021Hi, but how was the camera quality, i would like to buy one... morenobody wants to see your photos bro dont worry about it

Newbie, 25 Dec 2021Does anyone experiencing ghost touch? I have been using thi... moreWater proof

Does anyone experiencing ghost touch? I have been using this phone for more than a week now. And every time I try to touch with two finger and remove my other finger the touch on the screen remains, some times there's ghost touch when scrolling...

its very good phone in this price