Two months ago the vivo V7+ appeared in China under the name vivo Y79 and now it’s smaller version, the vivo V7, also got a version for its home country. Sporting the name vivo Y75, it has almost the same specs but comes with downgraded cameras. 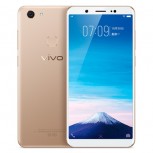 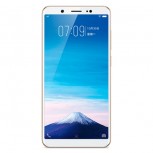 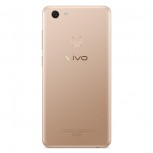 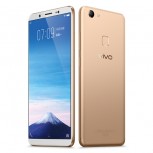 The vivo Y75 has a 13 MP camera on the back (instead of 16 MP one) and just 16 MP on the front, instead of the impressive 24 MP selfie snapper. The Face Unlock feature is still available, listed with the name “Face Wake”. This means you can unlock the device just by looking at the 18:9 FullView display with HD+ resolution.

The chipset houses an octa-core CPU and is coupled with 4 GB RAM and 32 GB storage. There is a slot for microSD that can also support two nano SIM cards at the same time.

The OS is FunTouch 3.2, based on Android 7.1 Nougat. Google services are not available due to the phone being China-only.

TENAA-approved vivo Y79 is a rebranded V7+ for China

Hd+ resolution and cost over 300$,epic failure. No matter you are giving full view display it should be fhd+ just like 1080p resolution in mid range segment is necessary because one is spending above 300$.

HD+, cameras, and the unnamed Octa core is ALREADY a flop. as it's Mediatek... :/