Apple CEO Tim Cook sat down with German publication Stern to talk about the new iPhones and the Apple TV+ service. This was during a visit at the Blinkist office, a Berlin-based startup that summarizes non-fiction books. However, the conversation wasn’t just about the new app, it kept coming back to Apple’s pricing strategy.

Also, TV+ is €5 a month compared to Netflix’s cheapest plan at €8 (this one doesn’t even include HD video). However, Cook doesn’t believe Netflix is afraid of Apple’s new service as video streaming isn’t a “winner takes all” deal – instead, many subscribe to several services and Apple wants TV+ to be one of them. 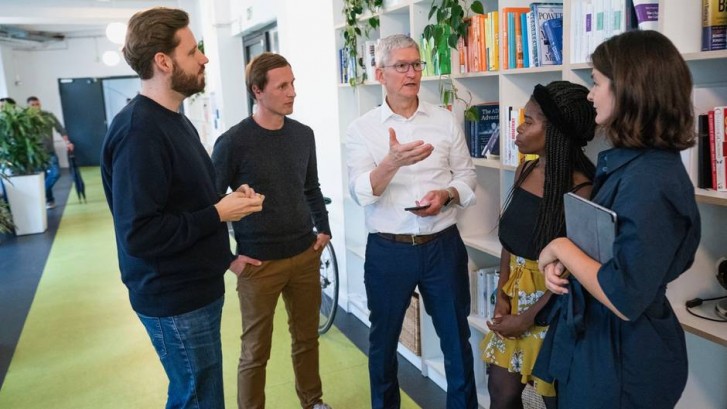 Cook also talked about a potential future issue for his company. Elizabeth Warren, who is a candidate for the US presidency, wants to break up large tech companies. The company is also facing pressure from the US Supreme Court, which says it has monopolized the app market on iOS.

However, Cook says “No reasonable person would ever call Apple a monopolist” and points out that people can access content through their browser without approval from Apple (which tries to curate content to make the App Store a “trustworthy place to buy apps”).

“We have 30 to 40 apps - versus more than two million others,” says Cook and compares Apple to a supermarket that sells own-branded products alongside mass market items.

Don't tell me about it m8 I am from the East Eu so I know....the work I do here gets payed atleast half in not less than it would for ex in many Western countries in ...and yes you are right 10000%

Dear Sir, Western greed for amazing wealth has no upper bound and poor labours are destined to put up with hell in East! Very unfortunate world we live, no different than 14th or 16th century for most of the folks except for fancy uniforms in factori...

Bro this goes for nike,addidas and many many many other big company's they go to country's where the work force is cheap and they put them to work for less to nothing...You think samsung dont do the same?or oneplus?or so many others?Have you ever rea...