Weekly poll results: Xiaomi Mi A3 gets the cold shoulder

The Mi A3 arrived as this year’s Android One phone by Xiaomi.

The predecessor Mi A2 was met with great enthusiasm, but it appears the camera focused Xiaomi Mi A3 isn't getting anywhere near the same approval rating. 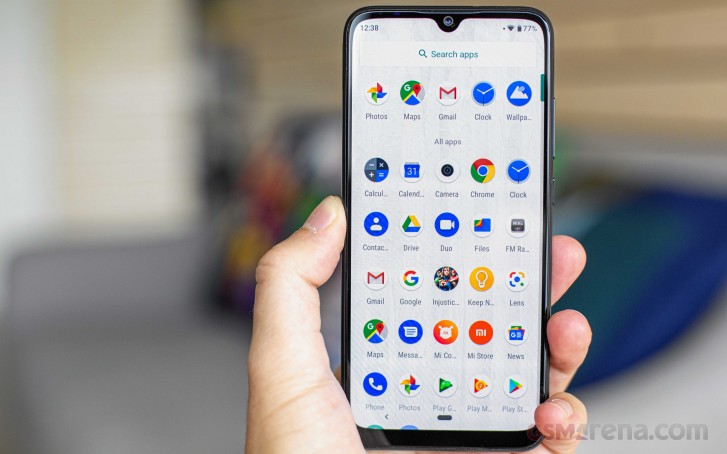 Plenty of you voiced concerns about specs like the HD+ screen and the fact that you can get mightier Xiaomi phones at a similar price. The Xiaomi Mi 9T is a bit above €350, but many of our readers think you better pay up and massively upgrade instead of settle for the Mi A3.

Others were saying that the device should be called Mi A3 Lite, as it feels somewhat of a sidestep coming from the regular Mi A2. 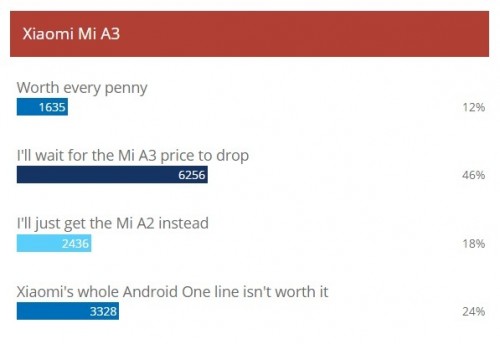 Either way, we are working on our in-depth review of the phone, so we shall see if there's more to it than the specs sheet suggests or if it's really offering too little bang for your buck.

Xiaomi Mi A3 comes to Ukraine

The mi a3 is a really good phone. The display is actually really nice! Don't listen to people cry about the hd+. They will find a reason to hate anything. The truth is the phone is fast, very smooth, camera is nice, stock Android with monthly patches...