The undisputed phone of the week in the latest edition of our weekly poll is the Asus Zenfone 3 Deluxe (ZS570KL, for those keeping track). Netting twice as many votes as the second-ranked ZUK Z2, the Zenfone 3 Deluxe has been the choice of 42% of voters - talk about the significance of numbers. 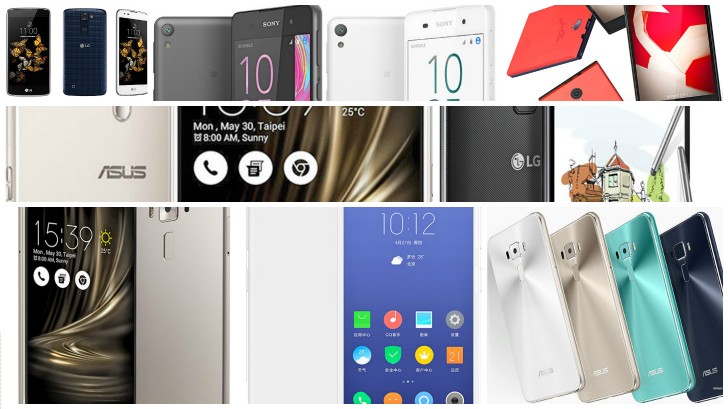 The otherwise modest Sony Xperia E5 (okay, what happened to the all-X's concept?), has placed third, proving that top specs don't always matter the most. It's then another Zenfone 3 (the ZE552KL, this time) that's relatively close in the numbers and 4th overall. 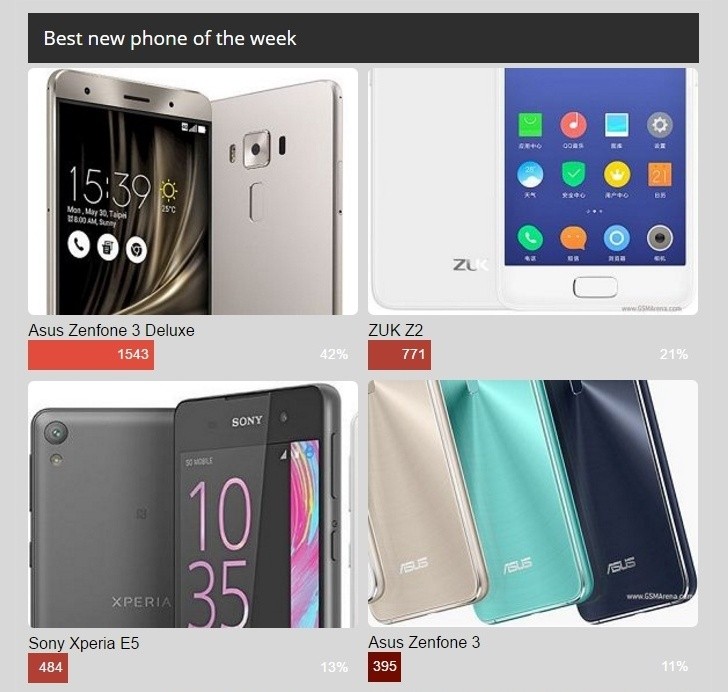 Weekly poll: Apple iPhone 7 and 7 Plus - are they what you were hoping for?

Weekly poll results: the majority is faithful to the Galaxy Note7, despite recall

Weekly poll results: HTC 10 might be just what the doctor ordered

Using Note 4 and pushing it to the limit...highway user ;-)

It still falls down on how are you planning to use your phone. why buy something which is overspec yet youre just going to use it for an alarm clock or for sending sms. its like buying a sports car and use it in a city full of traffic jam. point is y...

well i didnt know about this stuff, thanks for enlightening. i guess it just means i have to close my eyes and go for HTC10. coz HTC one m8 is the best phone i have used to date and it won against the likes of lg g pro 2, note 3 , note 4. yeah it had...