This week we saw the unveiling of two phones with unique pop-up cameras – the Samsung Galaxy A80 and the Oppo Reno 10x zoom. They have other similarities too, like a large full view display and 48MP cameras on the back.

The Oppo Reno 10x zoom also has a new pop-up mechanism that stands apart from the first-generation units. But aside from a conversation starter, is this “shark fin” design better than regular pop-ups? And the 16MP selfie camera sounds about average.

Its strength lies with the rear camera instead. As the name suggests, the “10x zoom” model (unlike the vanilla Reno) has a periscope module that does 5x optical zoom (and 10x hybrid). Both phones have an ultra-wide angle camera, but the Oppo is currently only of only two phones that can reach such zoom levels. 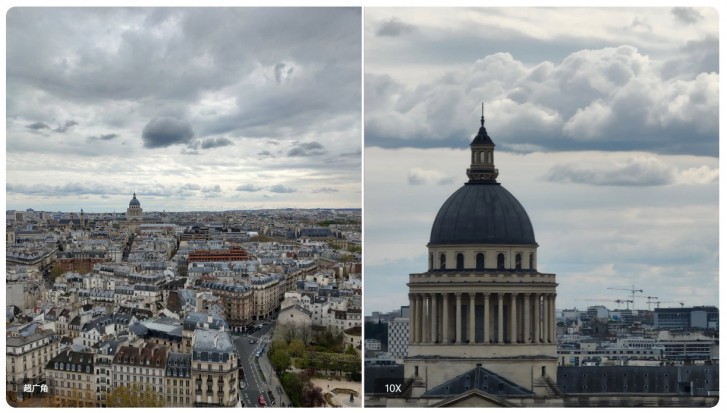 Reno’s main camera also has hardware OIS plus software EIS, while the A80 relies only on the Super Steady EIS from the Galaxy S10.

The Galaxy A80 is the first phone with the new Snapdragon 730 chipset, but the Snapdragon 855 inside this Reno version is noticeably more powerful (CPU, GPU, but also ISP and DSP).

Samsung enabled its 25W Super Fast Charge on the A80, the Oppo uses VOOC 3.0, which tops out at 20W and requires proprietary chargers and cables. The battery capacity of the Reno is slightly larger though, 4,065mAh vs. 3,700mAh.

There are other advantages too, big and small. The Reno has Gorilla Glass 6 for the screen with 100% DCI-P3 coverage, as well as a microSD card slot. You can see a detailed comparison of the specs here.

We’ll finish with one thing – the price. Samsung is charging $730/€650 for the Galaxy A80, Oppo is asking $600/€530 for the Reno 10x zoom. Note that this is Oppo’s price in China, global price will likely be higher so the two phones might end up costing about the same.

Time to vote. If you’re in the market for a premium mid-range to flagship device with impressive camera features and a full view display, which one would you get?

No doubt Reno is a winner here

Well in this case Oppo. I never liked samsung anyway. They asking too much for too nothing as usualy.