Companies tripped over themselves to copy Apple in adding a chunky notch to the screens of their phones and advertise some sort of face recognition. That didn’t last long – we’re seeing a surprisingly strong push against that design coming from China.

The vivo V11 (aka V11 Pro) has a teardrop notch and an in-display fingerprint reader. And as we’ve already established in-display readers are the future.

The BKK group is behind several of the phones sporting this look, including the similar Oppo F9. But here’s where the V11 has an edge. 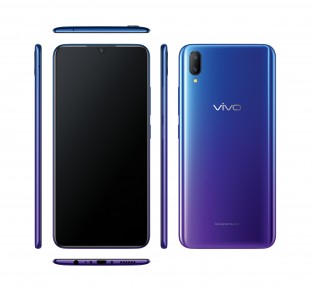 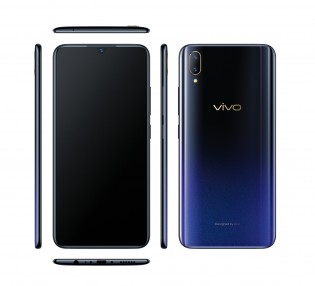 vivo V11 from all sides in Nebula and Starry Black

The camera department is better too, the back of the vivo V11 houses a 12MP main sensor with Dual Pixel AF. It has larger pixels than the Oppo, which pair well with the bright f/1.8 aperture. Both phones have a depth sensor for a secondary camera, so “meh”. Also, the 25MP selfie cameras in the teardrop notch are identical.

Battery capacity is slightly in favor of the Oppo, vivo V11’s 3,400mAh battery is 100mAh short. We think the chipset will play a bigger role in battery life, however.

Okay, put aside the F9. The vivo V11 (Pro) is a solid mid-range phone that offers two features of soon to be announced flagships – the teardrop notch and in-display fingerprint reader. For example, Huawei’s Mate 20 phones are headed that way, according to rumors, so is the OnePlus 6T.

So, is the V11 a phone you can love or do you have gripes with it?

I was a sammy note user since the beginning and untill note 5, then i buy a zenfone 3 ultra. and then this year i try to buy my self a note again, the note 8, but sold it after 1 week, it was to small for me since the new 18:9 was here. So now im u...