A new feature is rolling out to WhatsApp users – Communities. This is a way to organize multiple group chats so that the discussion in individual groups remains focused on a particular thing but participants can easily switch between topics.

You can, for example, create a Community for your neighborhood, then divide discussion into individual groups – one for group activities, one for organizing chores and so on. Each Community also has an Announcement group where moderators can share major news. 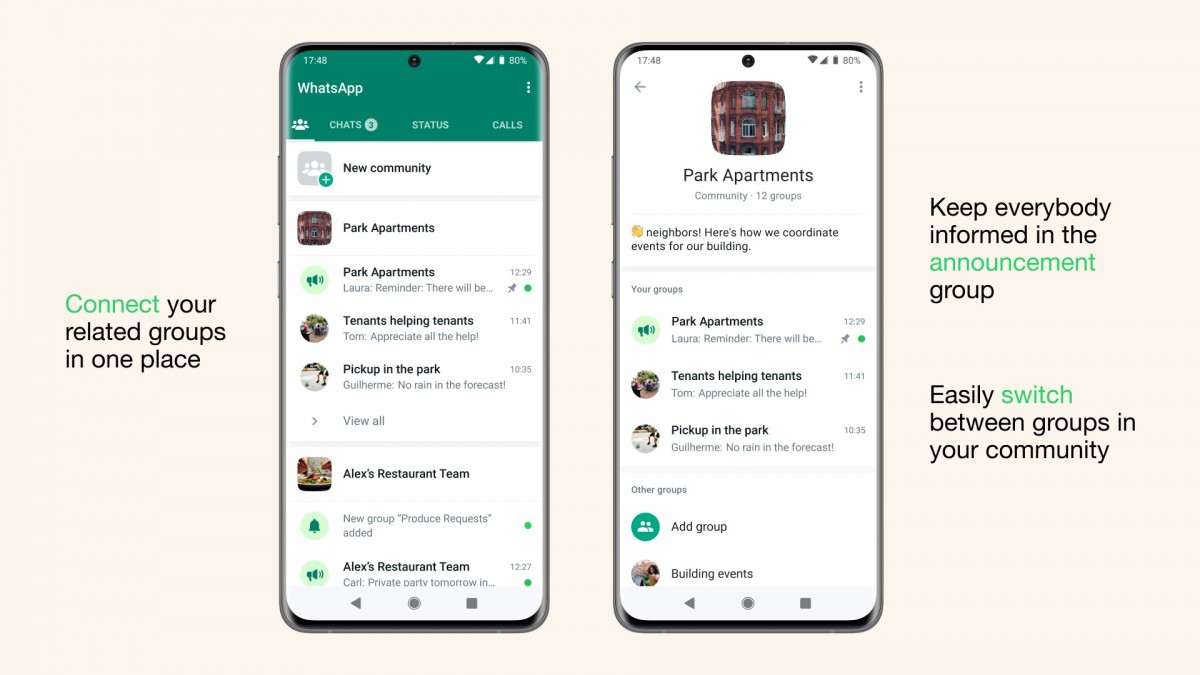 Also starting today, WhatsApp is rolling out changes that will make Communities (but also regular group chats) more useful. As promised, the maximum number of participants in a group has been raised to 1,024 (up from 512). If you’re doing video calls, the max is 32 participants.

Another new feature that will come in handy is in-chat polls, which can help a group or community vote on a particular issue without having to resort to third-party services. Like regular WhatsApp chats, Community groups are end-to-end encrypted. 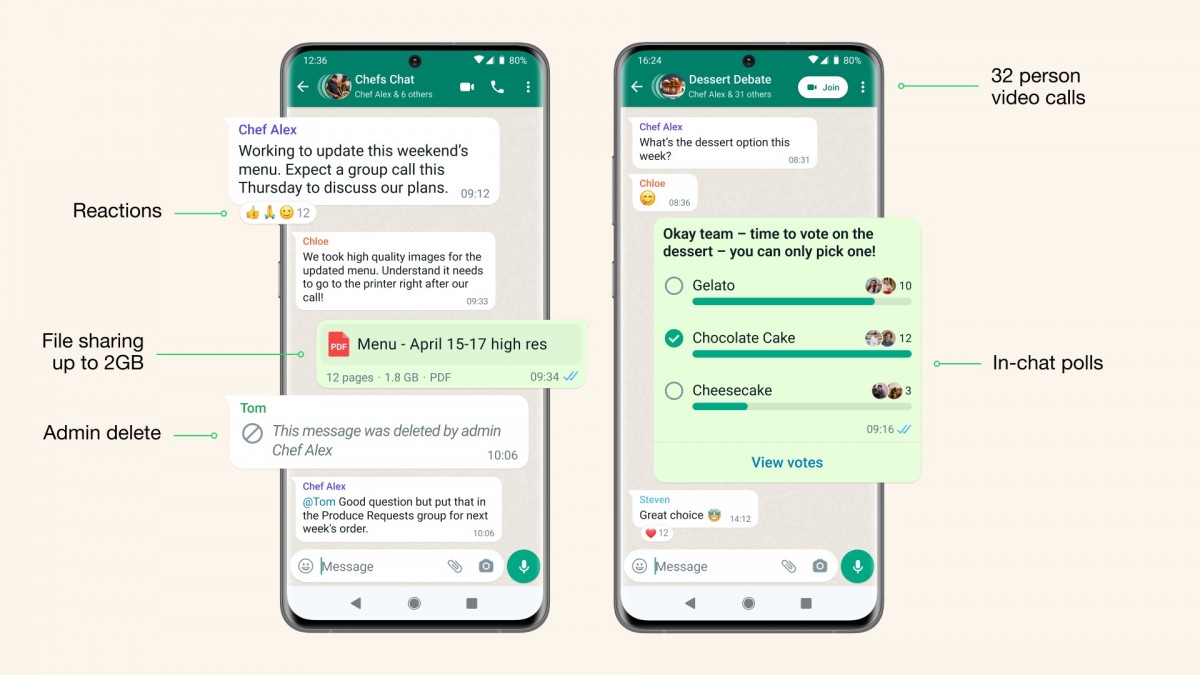 Once you receive the latest WhatsApp version, you will see a new Communities tab (on top of the screen on Android, bottom on iOS).

The Communities feature was developed with feedback from 50 organizations in 15 countries to make sure the new interface serves their needs. The WhatsApp team has promised to keep working on it and adding new features “in the coming months”, so you can submit your feedback too.

WhatsApp will support 1,024 participants per group

text is not end to end encrypted. Every word that is sent can be seen by your mobile provider. To use any communication service, you need some identity, either phone number or email address. That is how computers work. People who whine about privacy ...

That's a lie. You need like 10 dollars for 1 month unlimited calling.