Most recently, WhatsApp finally brought a dark mode toggle to all of the users and it's now planning to introduce a feature that has been around in other messaging apps for some time now - self-destructing messages.

In two beta versions of the app, the option to set self-destructing messages in private chats can be found. The app versions are 2.20.83 and 2.20.84 and you can choose the expiry period of the messages between one hour, one day, one week, one month or one year. 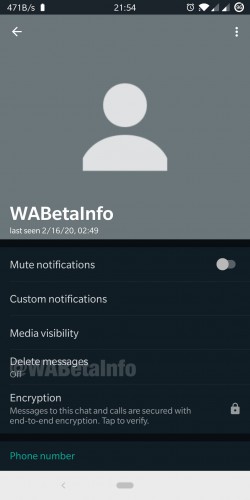 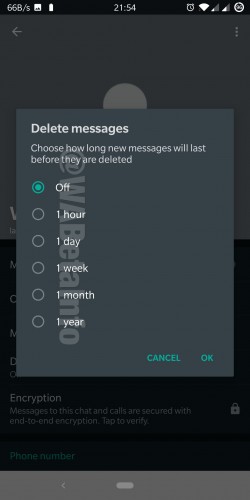 Screenshot from the menu

Once you set the timer, a clock icon will appear next to the sent time, so you can keep track of when the message will disappear.

However, no one knows when the functionality will make it to the stable version, but it's an indication that the developers' team is working on the feature.

Allowing a universal backup option that works across operating systems is more urgent and beneficial for users not dark mode nor messages that gets deleted in a while that’s something I can do myself thank you. But I guess developers never liste...

I think it's not going to materialize.

The most lazy developers team