Oppo's Find X stunned the world when it got official last month with its clever sliding mechanism that hides the cameras and enables its amazing screen-to-body ratio. The two colors that have so far been on offer (Bordeaux Red and Glacier Blue) are very interesting in themselves, but the company may be prepping a new one for release in the future.

That is if we can believe a leaked image that has surfaced today in Chinese media - see below, the one on the left. It definitely seems to portray a part of a white Find X's back, caught off guard somewhere in the wild. Then again, there's obviously a chance this is just something created by a fan. 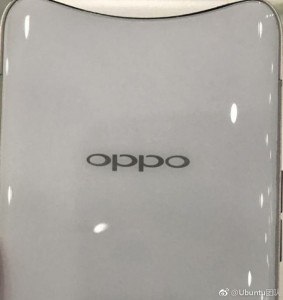 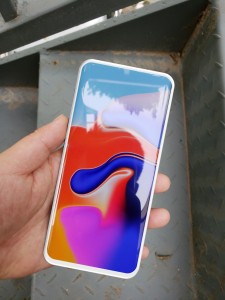 That is definitely the case for the image on the right, which represents a mockup of what a white Find X may look like from the front. Although plain colors are slowly going out of fashion, with more and more devices adopting paint jobs that change the hue you see depending on the angle you're looking at the phone from, there might still be some people interested in a white flagship handset, and Oppo could deliver exactly that at some point.

It goes without saying that the specs inside should stay the same, if such a Pure White version were ever to become reality.

Drone drop it then lol

Oh is it did you get it imported from China then