Worlds most valuable company is no longer Apple 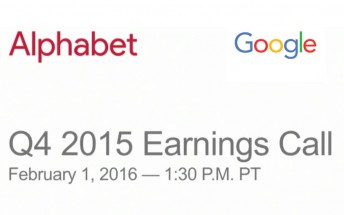 Alphabet just released its Q4 2015 earnings today which shot the stock prices of both Stock A and Stock C up to about $750-$780. Alphabet is now the most valuable company in the world, surpassing Apples position in the ranks.

With Apples earning beginning to show plateauing over earnings from the year before, Google stole the show, showing great numbers of growth. Investors are going crazy buying more stock which drove the price up this afternoon.

Alphabets Year-over-Year revenues are increasing, which means its growth is actually growing exponentially. Revenues went up 24% from the 12% the year before.

The majority of Googles revenue is from ads, and while the number of ad clicks have gone up 31%, the cost per click has gone down 13 percent. Dont be fooled. This means the company still made more money on ads!

CR: Chinese market accounted for nearly half of all 5G smartphones sales in 2019

I think Napster and P2P (I remember how impressed I was by the idea of downloading mp3's straight to my Sony Pentium II PC instead of burning them in the disc drive) had a bigger impact in the history of digital music than Apple ever did, I'll credit...

Sure, that was the only way to create MP3's unless we used things like Napster. Apple revolutionised the MP3 space by creating an eco-system around music with 5 major labels in 2003, and that's no small feat. I don't get why people can't give them th...

That is true, back then I was still buying and ripping full length physical albums lol