At first, we were really impressed by the phone's ergonomics and build. It could be just the size that's fooling us, but we would argue that there's something else. There's something about how dense and sturdy the Xiaomi 12 feels in hand. The rounded edges of the front and back panel meet the middle frame without forming any protrusions or edges. The whole surface of the handset feels uniform and sleek. 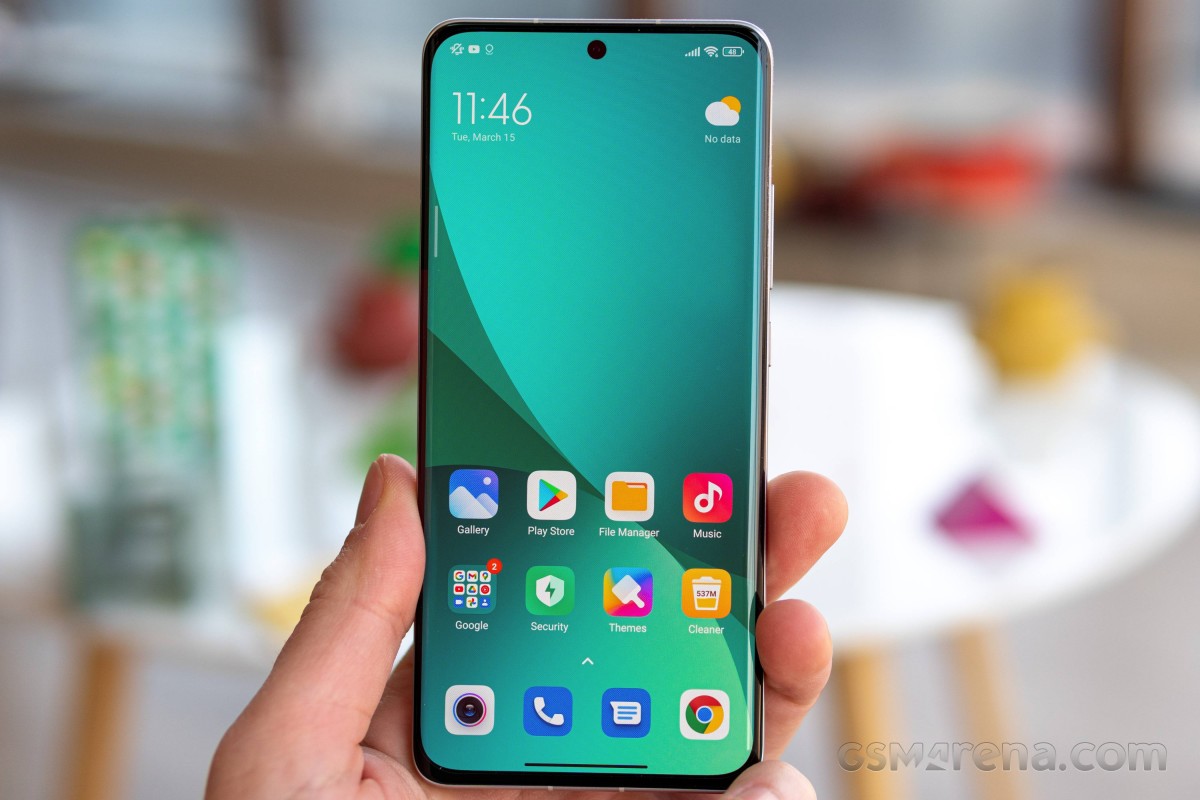 Xiaomi says the front panel is protected by Gorilla Glass Victus while the back uses a Gorilla Glass 5. The latter's frosted finish makes it feel a bit like plastic, or that's how the Pink option feels. The good news is that the finish is somewhat grippier than your standard soft-touch glass paint job or glossy back panel. 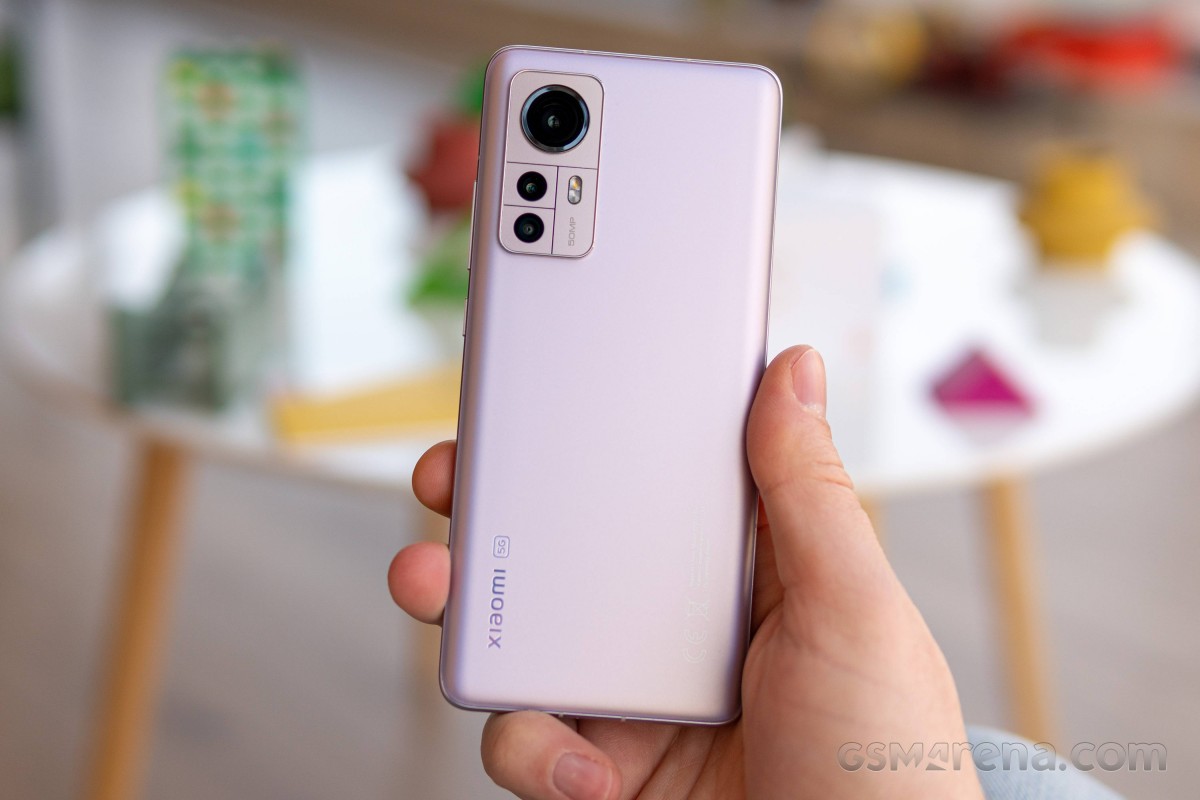 The camera module on the back is big, with rather sharp edges, and the whole module protrudes significantly. The main sensor protrudes even further, causing the phone to wobble on a flat surface. With all that hardware, the handset is a bit top-heavy, too. 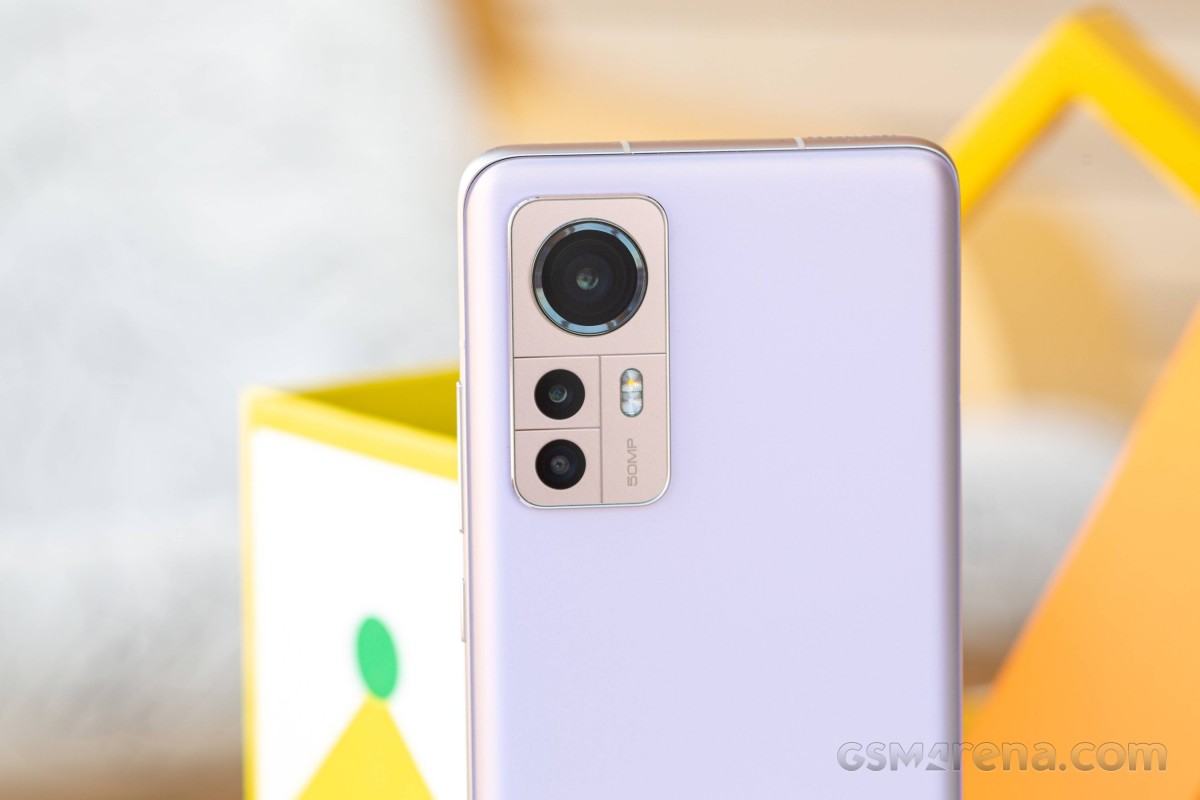 The side frame is rounded on all sides, and it accommodates the power button and the volume rocker on the right side. Both are within the thumb's reach.

Speaking of that, the under-display fingerprint reader is placed a bit awkwardly as it's positioned too close to the bottom edge, requiring some finger gymnastics.

Anyway, the bottom edge houses the dual SIM card tray along with the USB-C connector and the speaker grille. Unlike most of its competitors, Xioami uses a full-fledged secondary speaker for its audio setup placed on the top frame along with the IR blaster and Harman Kardon inscription. 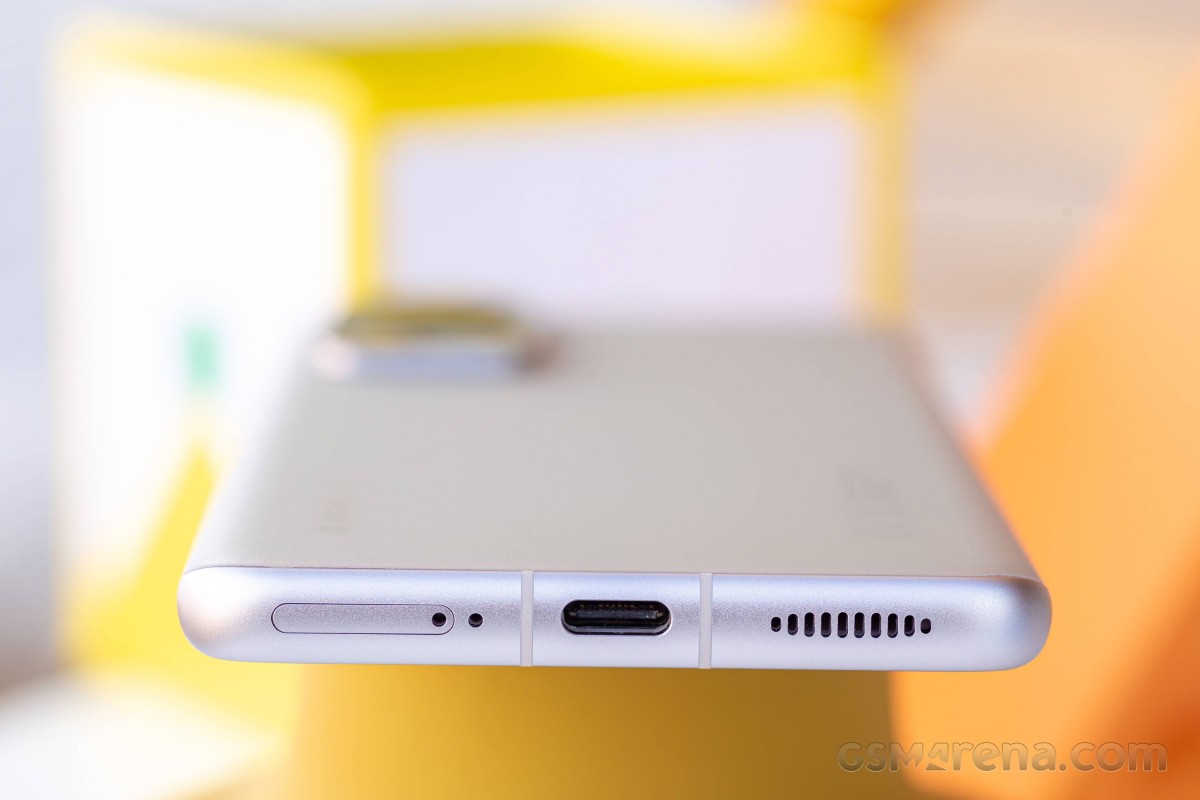 In case you are used to holding the phone horizontally with the USB connector facing right, you might have to do it the other way around because the top speaker naturally falls right in the palm and easily gets muffled. 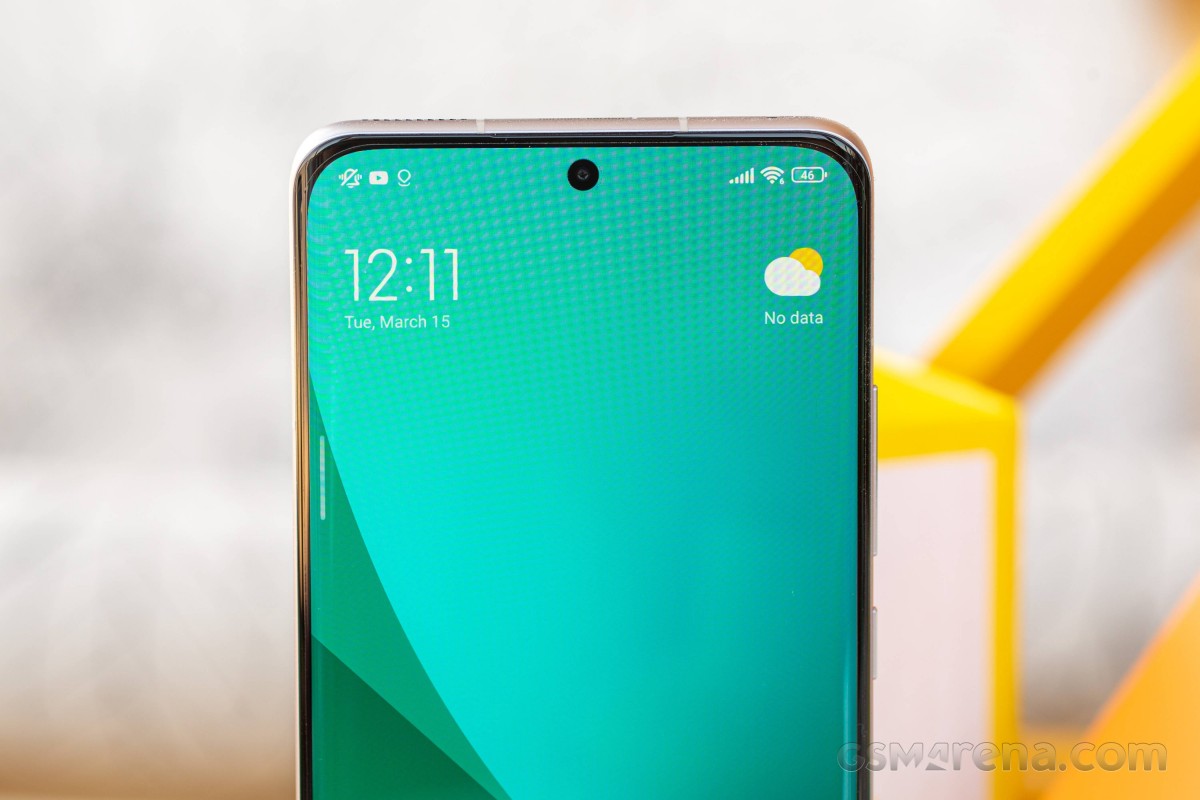 On the front, we have a discreetly curved front glass with thin bezels all-around. The side and bottom ones look somewhat symmetrical. The side curvatures make the bezels look slimmer. The top bezel is visibly thinner, though, probably because it doesn't have to accommodate a loudspeaker.

This is where we should also mention the handset is using virtual proximity sensing instead of a hardware sensor and may misbehave at times, mostly during calls. 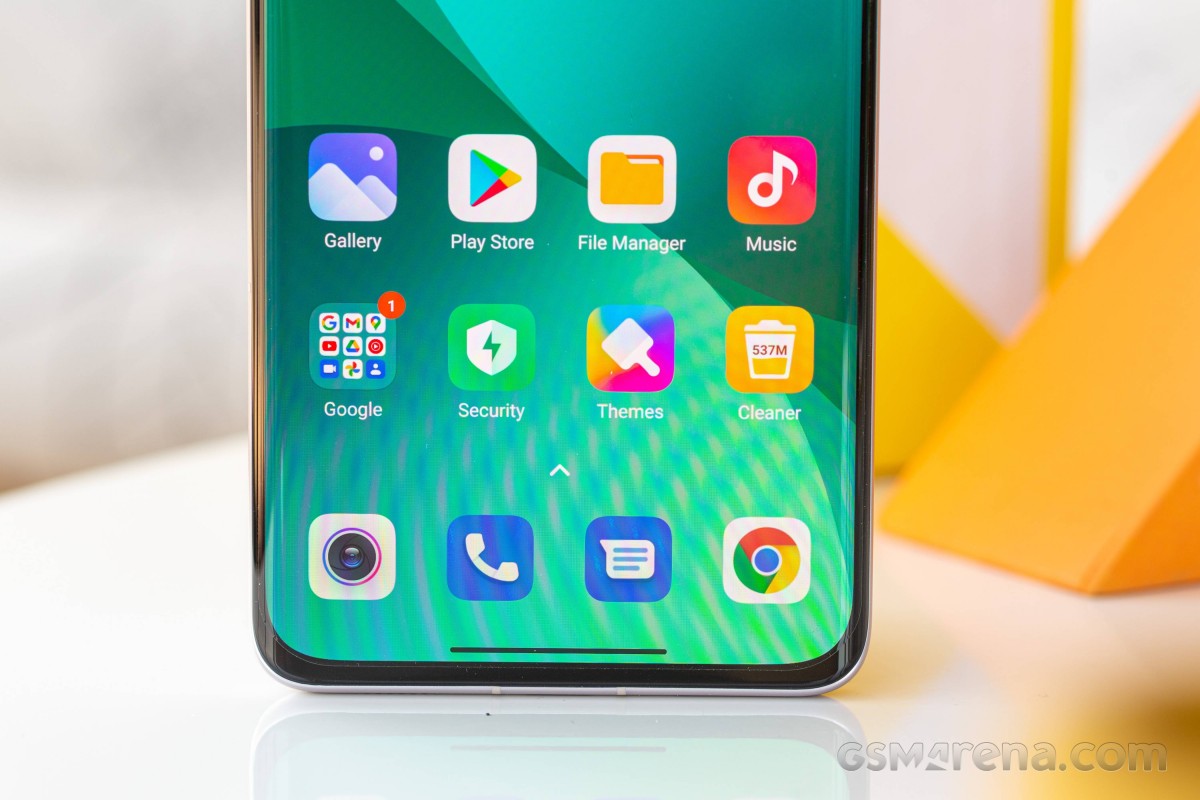 Even though there's nothing too special about the Xiaomi 12's chassis, the presented design hits all the right notes. Xiaomi could shave off as much as it could around the display while the curved panels and the frosted back provide a secure grip. All in all, Xiaomi didn't leave much to complain about except for the poor fingerprint scanner placement. A tad higher would have been much appreciated.

Can't understand how Gsmarena concludes this has awesome cameras. Bought it based on the cameras. The only two positive things I can say about the cameras are 1. It's quick to take a photo and the motion tracking feature is very useful for ...

Companies need to stop getting Samsung to supply the wafers and manufacturing of cpus. From exynos to snapdragon 888 and 8 gen 1 and the tensor chip in the pixel ALL HAVE OVERHEATING PROBLEMS WITH MOST HAVING POOR BATTERY LIFE. Not just that but Sams...