Moreover, the display seems to be HDR10+ and Dolby Vision certified, making it a flagship-grade display. It shares the same specs as Xiaomi 12 and 12X's panels, which is quite impressive given the price point. 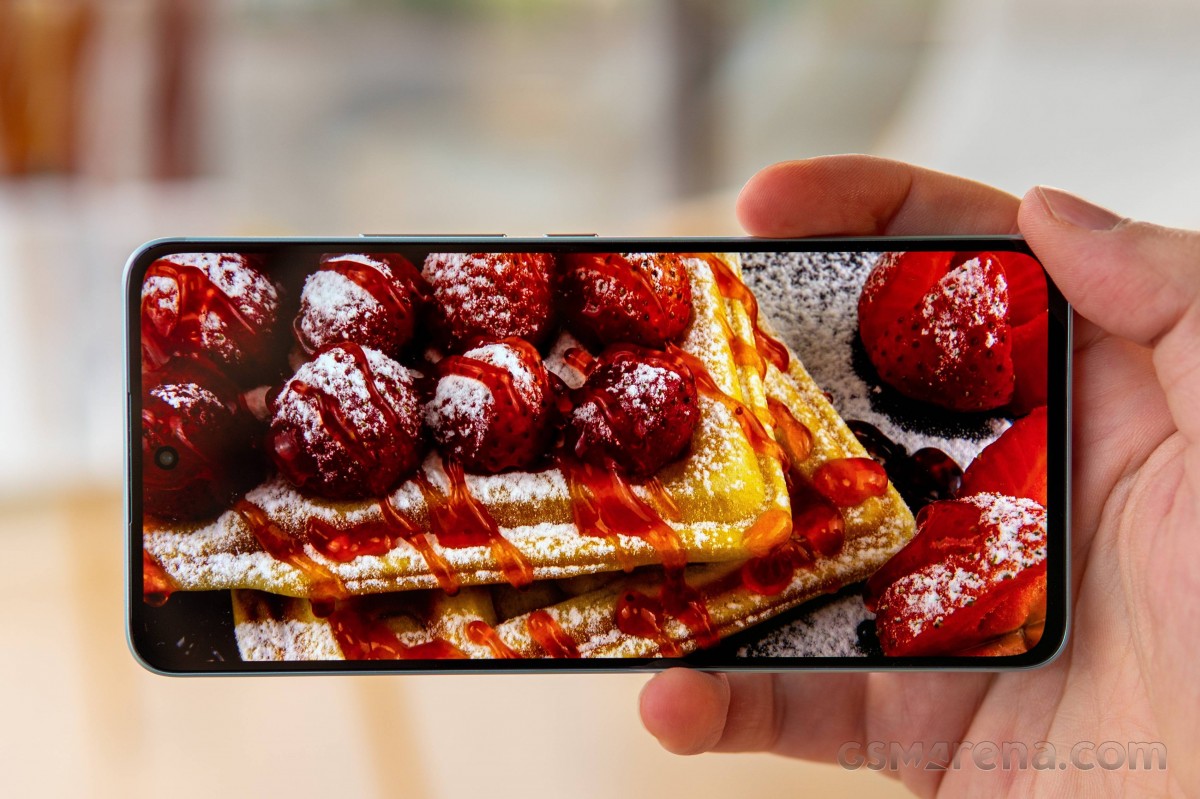 Brightness-wise, there's no upgrade, and that's not a bad thing. Last year's Xiaomi 11 Lite 5G NE was plenty bright in the first place.

In manual mode, the 12 Lite reached 507 nits, while in Auto mode, the panel peaked at 824 nits. This is enough for comfortable outdoor use on a bright sunny day. That's also flagship-level brightness right there. We measured it at 75% APL so values during HDR-enabled movies could go higher.

Color accuracy with the default Vivid mode is expectedly sub-optimal, with whites and grays a bit too blueish. The Original color mode, on the other hand, gets the average dE2000 down to just 1.5 but again, leaving the whites and grays leaning towards blue. It's hard to notice.

The system's refresh rate control is simple, yet effective. We got the maximum 120Hz in pretty much all apps we've tested, excluding Google Maps, where we only got up to 60Hz. There could be other apps locked at 60Hz, of course, but this is the only one we've noticed to be limited. The software also dials down to 60Hz when watching videos on YouTube, Netflix and in the default Gallery app. Lower refresh rate is prioritized when not interacting with the display for more than a couple of seconds as well.

Since the new Lite and last year's generation share the same SoC, comparable displays and practically the same battery capacity (4,300 mAh on the 12 Lite vs. 4,250 mAh on the 11 Lite 5G NE), we expected mostly the same results. And that appears true for the screen-on tests where both devices got some respectable runtimes. 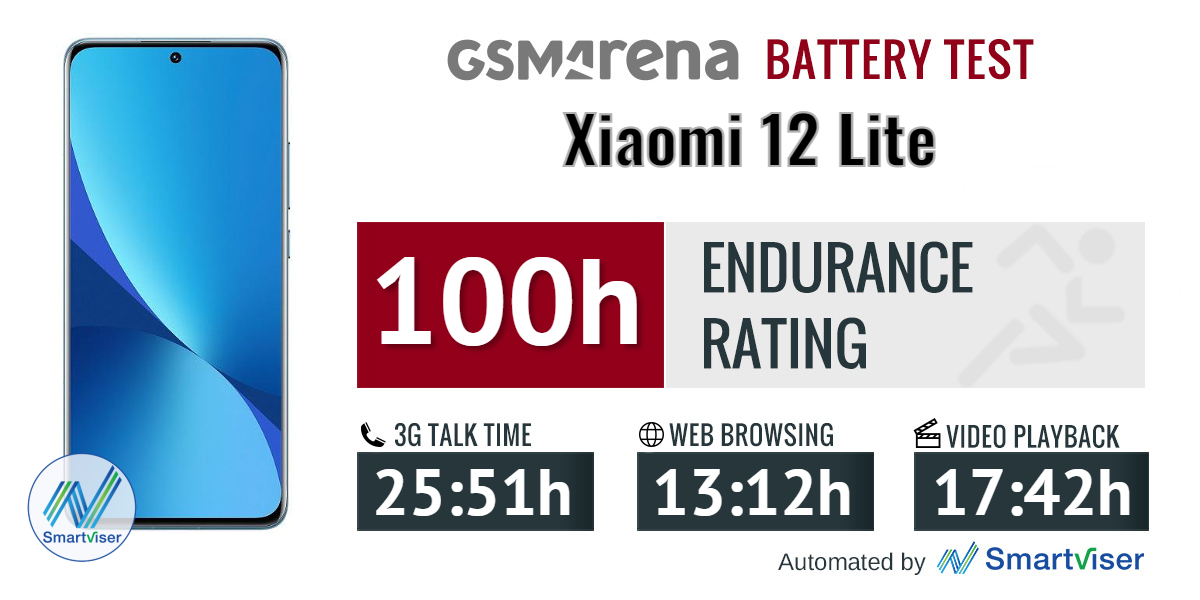 However, the significantly lower overall endurance score is hard to overlook. It's hard to pinpoint the culprit, but it could be due to the newer software. The new 12 Lite has considerably lower standby and 3G talk time.

Compared to other competitors, the 12 Lite falls behind in the overall ranking despite maintaining solid screen-on runtimes.

The new 67W Turbo Charge from Xiaomi is a big step forward compared to the older 33W charging protocol supported by the previous generation. The new 12 Lite reached 84% in just 30 minutes of charging; while a full charge from flat took only 50 minutes. Although the full charging time has been lowered by just 15 minutes, the charging curve is much faster in the sub-90% range.

When put against competing charging solutions, however, the 67W Turbo Charging doesn't necessarily stand out. Sure, it's competitive, but we also have to consider the phone's somewhat smaller 4,300 mAh battery. The competition often runs on batteries bigger than 4,500 mAh, and that affects charging times.

The Xiaomi 12 Lite features a dual-speaker, stereo setup with the main one positioned at the bottom (as usual), while the left channel is a loudspeaker that doubles as an earpiece. There's a grille on the top end of the frame, acting as an echo chamber.

Loudness-wise, the 12 Lite is a downgrade compared to the previous generation as it topped at -25.2 LUFS and got a "Very Good" score for that. When it comes to quality, however, it's somewhat subjective. The 11 Lite 5G produces clear highs and mids. Vocals are quite pronounced, but the bass is basically gone. Bass-heavy music sounds flat and dull. So it really depends on what kind of music you listen to.