Xiaomi launched its flagship 12 series around the world, and while we have an affordable not-really-flagship Xiaomi 12X smartphone in the lineup, the company is also working on a lower-positioned Xiaomi 12 Lite.

The phone with model number 2203129G appeared on Geekbench, revealing a Snapdragon 778G chipset and an 8GB RAM option. 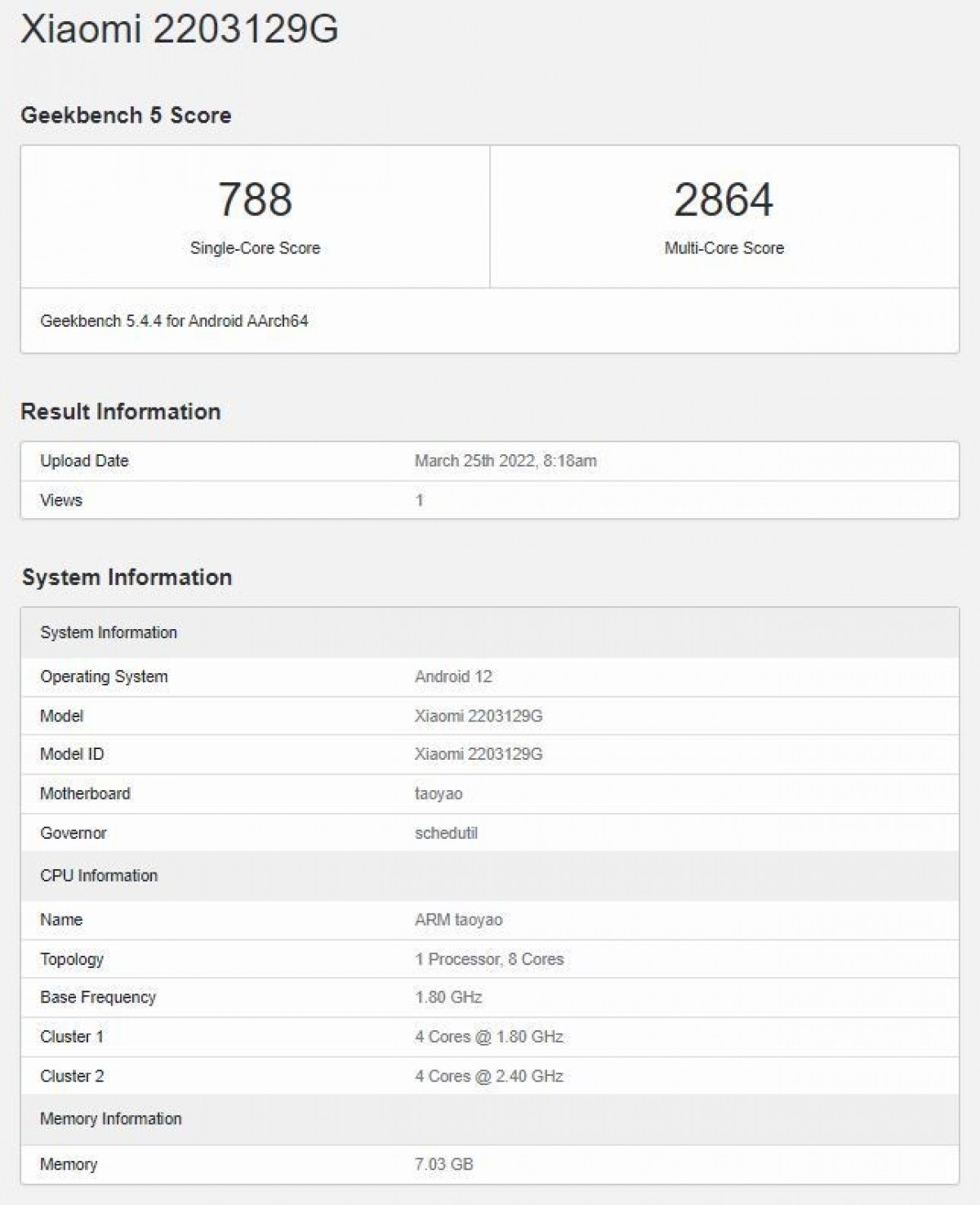 The results of the benchmark are in line with other phones, sporting the same chipset - 778 for a single core and 2,864 for multiple cores. The listing also revealed Android 12 out of the box, which should have MIUI 13 on top.

Last year Xiaomi introduced a Mi 11 Lite in 5G and 4G flavors, but it's likely that they'll only do a 5G one this time around.

Xiaomi 12 and 12 Pro are getting 3 OS updates, 4 years of security patches

The Xiaomi 12 trio receives perfect A+ marks from DisplayMate

They should give 3.5 mm in 12 lite, otherwise many Fans will be disappointed. Since lite means a lite version they must and should give 3.5mm jack. Instead of Dolby vision they can give Dolby Atmos Sound with 3.5 mm jack.

This is the 5g variant gsmarena already said that, they don't released 4g variant this time and i think it's better this way. The 4g variant would be better continue on redmi series