Just as leaked, rumored, and hinted at by the company's own teasers over the past few days, today during its CES press conference Xiaomi has made the white version of the Mi Mix official. This has a pearl-like finish, according to Xiaomi VP Hugo Barra, who was on stage to introduce it to the world. The specs stay the same as for the initially revealed black model, as you'd expect. Unfortunately the white Mi Mix, like the black one, will only be sold in China. An actual release date hasn't been mentioned. 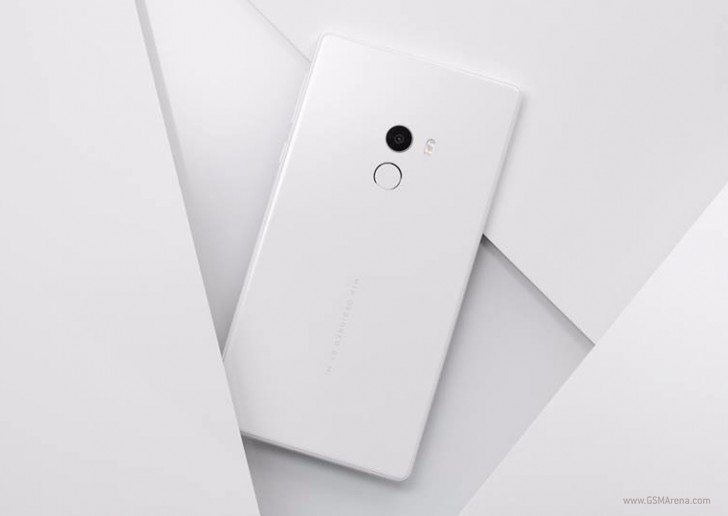 Despite what many had been hoping, Xiaomi still hasn't announced its international expansion into what are usually called 'developed markets'. So don't expect to officially buy Xiaomi smartphones in the US, Canada, or Western Europe anytime soon. As for the Mi Mix, it was perhaps the most intriguing device of 2016 (unless you count the Galaxy Note7's propensity to catch fire), but it was launched as a concept with limited production capacity and that situation is unlikely to change. Still, perhaps it's a good descriptor of things to come from the Chinese company in the future.

The Xiaomi Mi Mix is finally here and the real screen-to-body ratio is?

Oh I know your preference is totally up to you, but I'll always go for black I don't care about the fingerprints since I'll most likely be using a transparent TPU case anyway.

Yes I am. Otherwise read reviews of mi mix, MI5, cnet reviews of a series 2017. I also prefer black, but at the same time I prefer metal. black on glass is fingerprints magnet that is just what I am saying. don't care about who prefer what, if you pr...

Are you sure? Most reviewers like MKBHD prefer the classic color.