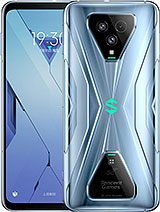 So does this have any shoulder triggers?

heth, 14 Sep 2020This was a very good phone from Xiaomi.I would be more happ... moreThis is a gaming phone, first of all why the heck would u need NFC unless u use like samsung or google pay or something, and i dont think this has OIS or EIS. Dont use this phone for the camera. It is focused on media, not everyday use. And it looks goddy af

Anyone knows if this phone has a notification led?

heth, 22 Aug 2020I hope the black shark 3 series had NFC. Top of the line la... morewhy you keep saying NFC,NFC why do you need NFC and do you know what is NFC at first?

This was a very good phone from Xiaomi.I would be more happy if it had NFC. Does this have OiS or EIS on front and rear camera.

READ:
Disclaimer. We can not guarantee that the information on this page is 100% correct..... from GSMarena.

Rayyan, 03 Sep 2020I think Xiaomi should release two phones ...a standard on... moreXiaomi will not use SD865+ in any of its smartphones, because Xiaomi runs its own proprietary speed-up with SD865, with official approval from Qualcomm. Xiaomi's SD865 (with proprietary speed-up) is noticeably faster than SD865+. Check the test scores of Xiaomi's recent SD865 based phones which are better performing than any of the SD865+ based phones from other phone-makers.

What's the chances of this device having Widevine Lvl 1 for HD content?

If black shark upcoming phone comes with sensor shoulder buttons then surely i will get one of it.