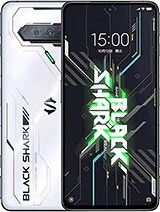 gimm, 26 Nov 2021why are you assuming PC is more expensive than a gaming pho... moreLol, what the hell lmfao

gimm, 26 Nov 2021why are you assuming PC is more expensive than a gaming pho... moreYou buy a decent gaming laptop with a 10th or 11th gen. i7 and dedicated Nvidia graphics, the decent ones are at least 1200 euros. The better ones can go over 2000. If you're talking about building a pc for gaming, the thermal system, graphics card, ram chips, CPU, SSD alone along with the chassis are not going to come in below the 650 euros cost of this phone. I think you're dreaming here. Even if you try and skimp on parts, you can't build a gaming pc for less than 900 to 1000 and at that price, it's not going to be great.

Sin, 23 Dec 2021It's hard to know for sure it's a really powerful... morePC can do more than just gaming that is what makes PC great. Smartphone can do this as well but idiots at google doesn't want to ruin the sales number for their Chromebooks.

Taskbar 6.0 and other combination can turn smartphone into desktop. Issue is compatibility and it's really buggy. Another issues is Xiaomi using USB 2.0. It is doable with 2.0 by using Displaylink app but not the full HDMI support.

Steve Oh, 08 Dec 2021what are the best recommendation for 3d graphic card equal ... moreIt's hard to know for sure it's a really powerful smartphone the hardware in it is no joke

PC right now is over priced

gimm, 26 Nov 2021why are you assuming PC is more expensive than a gaming pho... morewhat are the best recommendation for 3d graphic card equal to this phone? or laptop

Slapyomama69, 25 Nov 2021It does, but only if you're willing to spend the money... morewhy are you assuming PC is more expensive than a gaming phone? that just show you never know about PC world.
a PC with half of this phone price is much more powerful, and there's no restriction because PC is 𝘳𝘰𝘰𝘵𝘭𝘦𝘴𝘴 by default unlike mobile phone

gimm, 25 Nov 2021lol what a joke comparison. that's like comparing lamb... moreIt does, but only if you're willing to spend the money. That's what I'm saying. If you cannot afford the PC but can afford the phone, get the phone.

flyingBILAT, 13 Oct 2021look at that 3.5mm jacki wonder what will 3.5 mm jack hater will say about that shocking truth

Rommel, 13 Oct 2021Why 4500 mAh Why !!? Why !!? This is Gaming phone not mult... morethere's a good reasoning of why handheld console like PSP, PS VIta, 3DS, etc have small battery. it's because bigger battery means added weight, that also reduce comfortable level when you play the game

20:9 ratio ruins all the fun, too narrow to provide an enjoyable experience.

Wow! This is a great phone

Cool design but that punch hole ruin everything

Titanous Dong, 21 Oct 2021If they put under display cam in this phone it would cost a... moreWhoaw look at the professional what a lovely opinion of yours

Molan, 20 Oct 2021Punchole in gaming screen fast noIf they put under display cam in this phone it would cost a lot more( even with the pop up camera)