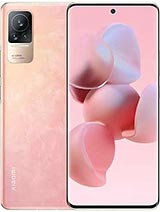 AnonD-930503, 27 Sep 2021This time Xiaomi did good job! Nice👍 thanks But it would b... moreWhy would it be perfect. Again the same phone. Nothing new. The predecessor had the second best phone camera of 2019. This is poco f3 camera territory

This time Xiaomi did good job! Nice👍 thanks
But it would be perfect if we could see 50 MP camera from Sony or Samsung, i

what this spec for 350 euro? guess xiaomi just want to give new phone to fight realme master for same price

So it is a rebranded Mi 11 Lite NE with 5% change of hardware.

Why no telephoto? It's basically a prettier version ov the Mi 11 lite

Disappointed
It should use stereo speaker
& snapdragon 870

If Xiaomi is going with the 64/8/5 megapixel combo again, this really isn't toward their target audience, since it's just the same hardware with the same specs. Camera and selfie enthusiasts want 12 megapixel ultrawides and telephotos at the very least, not crappy macro and ultrawide specs.

Civi inherits cc9 series, but it seems the main camera will be worse? or waiting Civi pro?

Another pointless device by Xiaomi.
Why>?Just why?

captain fokou, 26 Sep 2021If this is is a cc9 replacement I will be disappointed. Fro... moreI think it's a rebranded 11 lite, with some tweaks maybe.

Anonymous, 26 Sep 2021Xiaomi phones are really great because of their hardware it... moreSad that most people don't, or don't want to understand this. They just see it has 100+ Megapixel camera and say - Wow! I will buy it now 😑🤣

Omi Barua, 25 Sep 2021Why does Xiaomi repeatedly give samsung GW3? It's ver... moreMaybe it is cheeper

People buy Xiaomi phones because their specifications always upto date, but the UI is worst in my new phone I have a fingerprint sensor but I am able to use it because Xiaomi UI removes that feature from my device. Mi sucks every time I buyed I regret it after 6 months next time I will realme for sure.