Xiaomi yesterday announced it will unveil the new Civi series smartphones on September 27 in China, and today the company posted a few teasers on its Weibo account, revealing the Civi's design.

At first glance, the Xiaomi Civi could be easily mistaken for the vivo X60 Pro's Shimmer Blue variant - thanks to the camera island, the paint job, and the centered punch hole screen. 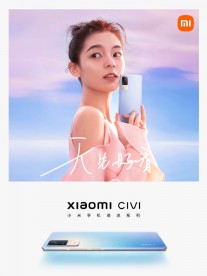 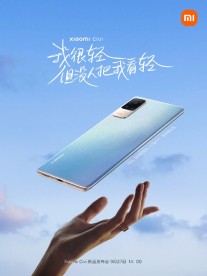 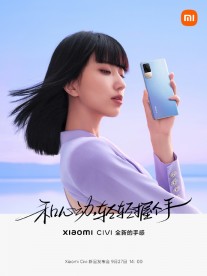 However, upon closer inspection, you can notice the Civi's back cover has a starry pattern, which reminds us of Oppo Reno5 Pro 5G's Astral Blue and Reno6 Pro 5G's Aurora variants. This clearly shows where Xiaomi's product team drew its inspiration from for the Civi, and that's quite ironic for a brand often seen accusing the rivals of being copycats. 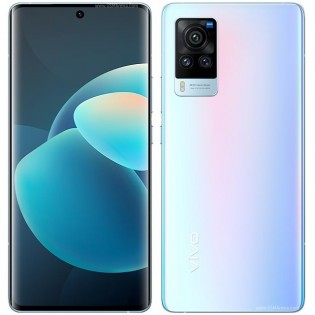 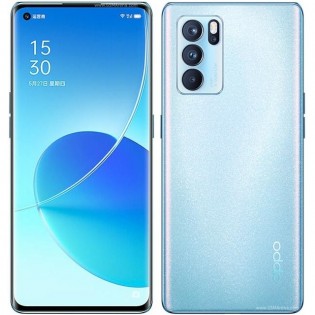 Despite having a copied design, the Xiaomi Civi looks absolutely gorgeous, and one of the teasers reveals the smartphone will come with Dolby Atmos sound enhancements and a USB-C port, which is flanked by antenna lines, suggesting metal frame. There's no 3.5mm headphone jack, though, so you'll have to rely on wireless earphones if you are someone who prefers charging the phone when using it.

While Xiaomi's teasers only show the Civi in one color, some live photos shared by a Weibo user tell us there's a black-colored model as well.

Xiaomi Civi will arrive in a black color as well

Xiaomi hasn't divulged any specs of the Civi yet, but a Weibo leak claims the smartphone will come with the Snapdragon 778G SoC, 6.55" FullHD+ 120Hz screen, 64MP primary camera, 32MP selfie camera, and 4,500 mAh battery with 55W charging. The last bit is corroborated by reliable tipster Digital Chat Station, who shared over half a dozen pictures of the Civi, with a few of them showing us the bundled 55W adapter. You can them out below.

There's also an unboxing video, which reveals the Civi will run MIUI 12.5.1 out of the box and have 256GB of storage.

We are still four days from the launch event, so expect Xiaomi to confirm a few features of the Civi in a bid to build some hype around it.

Xiaomi's new Civi series will be unveiled on September 27

But even if they copy, they still have premium specs and build quality for a cheaper price