Xiaomi India promised an MIUI 13 roadmap yesterday, and today it delivered. Ten phones will be part of the first wave and will get the new interface by the end of next month - six 11-series phones (four Mi 11 and two Xiaomi 11) and four Redmi variants are in line.

Manu Kumar Jain, Global VP and India CEO at Xiaomi, revealed the four key features the new interface is getting on his account. First is the optimized file storage system that will increase efficiency by 60%, followed by RAM optimization that will improve background process efficiency by 40%.

There are also ways to optimize priorities for the processor, which will lead to faster speeds and higher performance of the same hardware. All these improvements will bring a better battery life, as Xiaomi promises an increase of 10%. 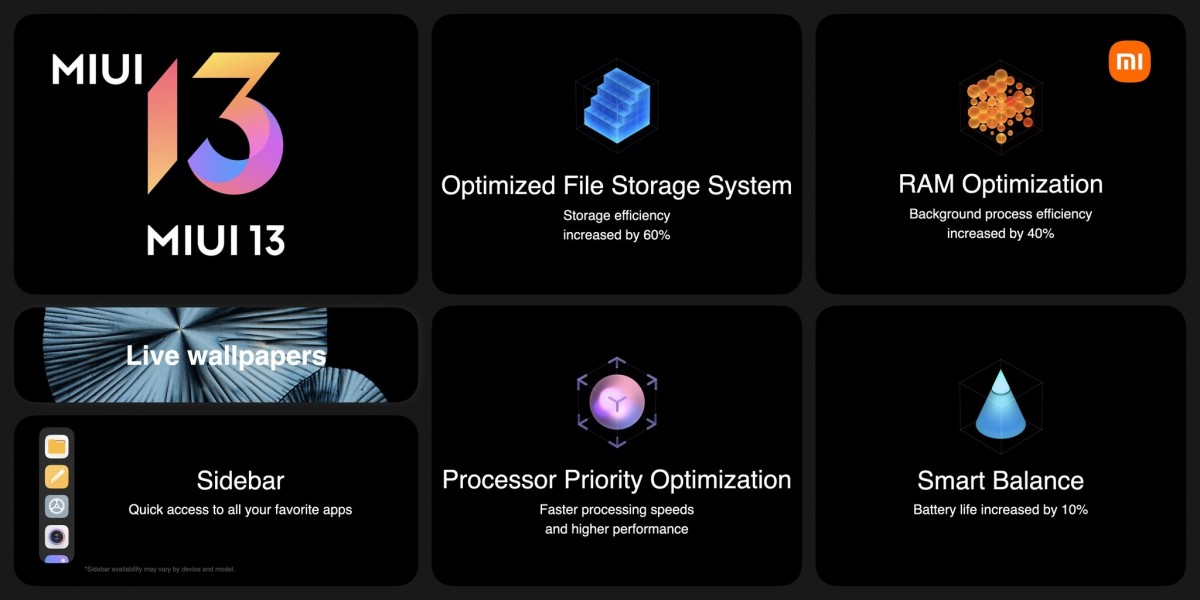 The new interface will also bring some refreshed wallpapers and color schemes, as well as a Sidebar for quick access to all the favorite apps, but the fine print reads it might not be available to all devices. Xiaomi also did not reveal whether MIUI 13 will arrive with Android 12 on top, meaning some of the phones might stick to Android 11.

These insane percentages are all false. They are of 10 Ultra I believe, and only that device, and the one unit they tested to squeeze these numbers of.