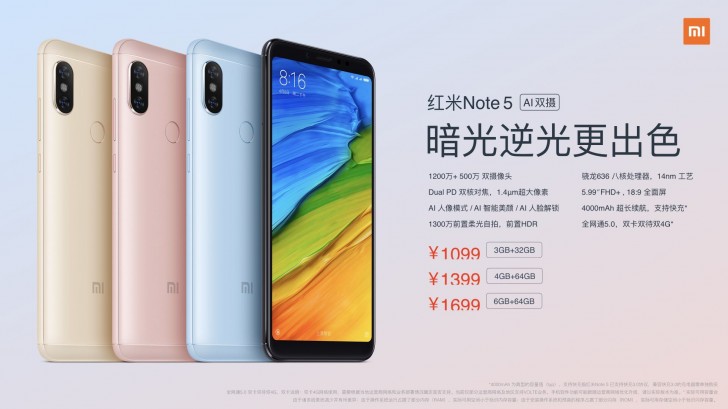 But the 12MP rear camera now has an F/1.9 lens compared to F/2.2 on the Indian model, larger 1.4μm pixels compared to 1.25μm, and also has dual pixel PDAF for faster focusing. The 5MP secondary camera on the back is identical though.

On the front, the 20MP camera from the Indian model has been replaced with a 13MP sensor. The cameras are also AI driven, with things such as portrait mode, beauty mode and face unlock being improved with AI, although that's likely the same as on the Indian model even if it's not marketed as such.

Lastly, the Chinese model comes with Android 8.0 Oreo out of the box running underneath MIUI 9 and also support for Project Treble while the Indian model ships with Android 7.1.1 Nougat.

Is redmi note5 will get oreo update or not?