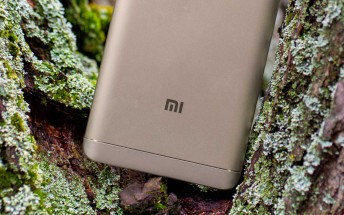 During a live stream, Xiaomi CEO Lei Jun confirmed we would see the Xiaomi Mi 6 this month. He didn’t reveal any specific date, but an announcement might happen on April 11 or April 18, according to previous reports.

We already reported on leaked renders that reveal a dual camera sensor. The Mi 6 would have a 30 MP primary camera, latest leaked packaging photo shows. Xiaomi is expected to announce the Xiaomi Mi 6 Plus with 5.7” screen along the 5.15”-screened flagship.

The headliner already appeared on China Compulsory Certification (CCC), effectively confirming it is close to an official event and launch.

I saw some mi6 cases on sale at aliexpress by mofi. I hope it helps for you to visualize the design.

You have your own point of view but my point basically is that for $280 you can't find any alternative which gives same performance and specs. So for that price maybe this design thing can be ignored :)

same here. Mi 5s plus looked ugly. I hope they improve the design this time