The Mi 10 Lite 5G may be a Mi 10, but its Lite DNA is also fairly prominent. For starters, it's missing the metal frame that the Mi 10 and Mi 10 Pro have, a feature also found on the Mi Note 10 and, in fact, even the Mi Note 10 Lite. It's made of plastic here and while it's not an inherently bad material for a smartphone as we've said time and time again, for all its practical benefits, it's not quite as premium. 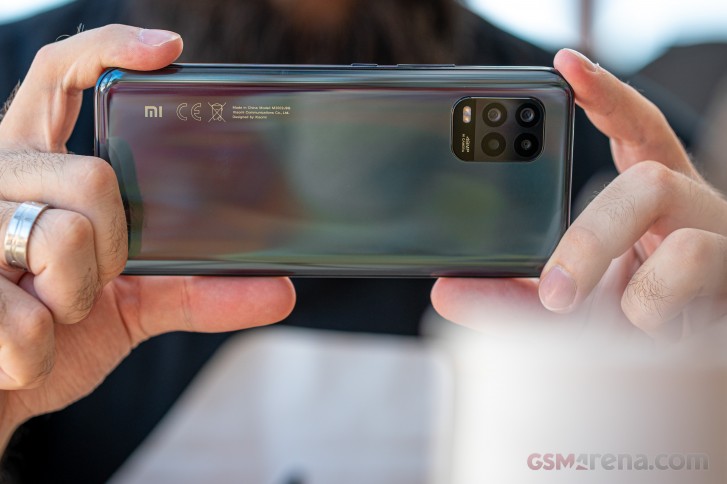 Another notable difference when looking at the Mi 10 lineup is the camera cluster on the back the Mi Note 10 Lite 5G. Where all the others have their cameras arranged vertically, this Lite 5G opts for a 2x2 layout. The camera assembly sticks out a good millimeter and if you are to type a lot of Qs and Ws with the phone lying on a table, it will wobble slightly, otherwise it's pretty stable. 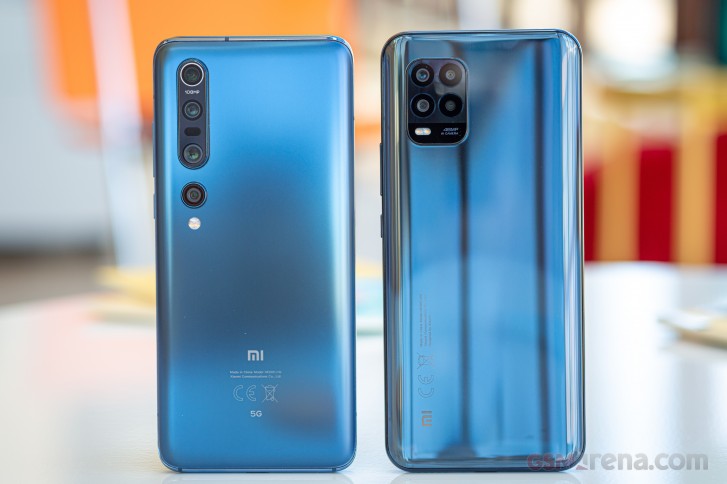 Xiaomi doesn't explicitly specify the material used on the back of the Mi 10 Lite 5G, but good guy Corning has the phone listed in the 'Is it on yours' section - Gorilla Glass 5 it is, front and back. Our review unit is in the Cosmic Gray colorway, the least exciting of the bunch. Aurora Blue and Dream White are the other options and both offer a bit more personality. 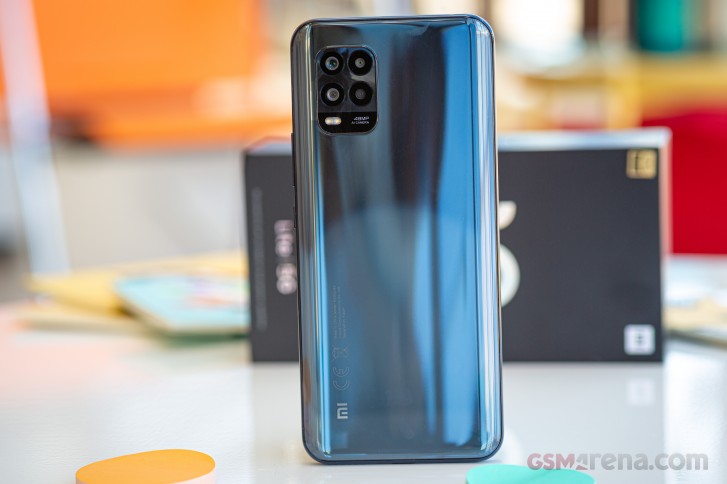 The front of the phone continues with the somewhat nondescript look. The 6.57-inch AMOLED display takes up most of it, naturally, surrounded by relatively thin black borders on the sides, marginally thicker top bezel, and a bit more sizeable chin. It's not a screen-to-body ratio marvel, the Mi 10 Lite, but it's not bad either. 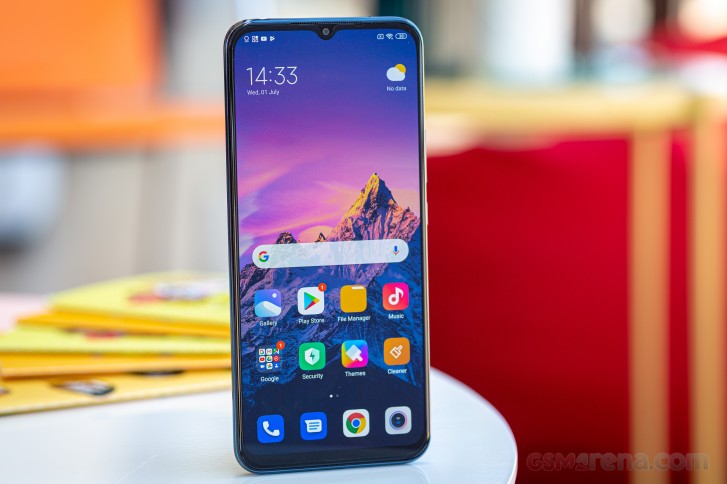 There's a selfie camera notch in the middle of the display's top edge, a waterdrop style, if we're still labeling those. It's a small cutout and the fluid shape helps make it less obtrusive than sharper designs. You can hide it in settings by making the status bar black if the several years of notched phones haven't made you desensitized to this otherwise unattractive design element.

Above the camera, there's a long meshed slit where the earpiece is located. It's really just the leftmost third of it or so that has openings, the rest of it is just for show. 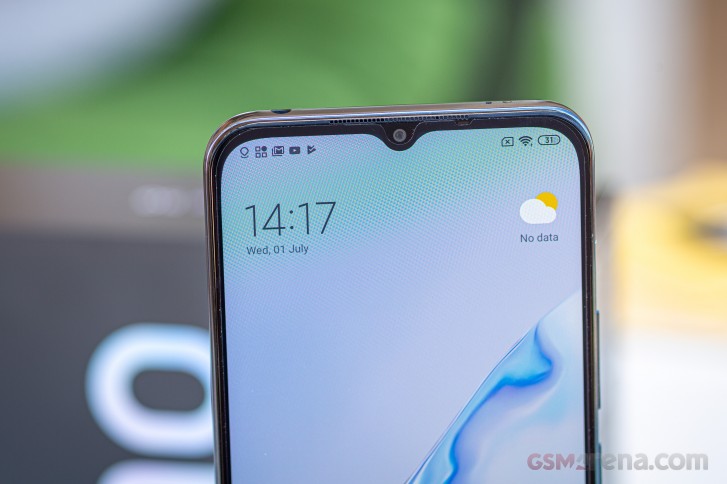 This being an OLED panel, Xiaomi has fitted it with an under-display fingerprint reader. It's the optical variety and it works as expected from a modern optical sensor - quickly and reliably.

The mechanical controls on the Mi 10 Lite 5G are on the right side of the phone. The power button is just above the midpoint, the volume rocker is above it. The buttons are plastic too but click nicely and their relatively close proximity didn't strike us as an issue in use. 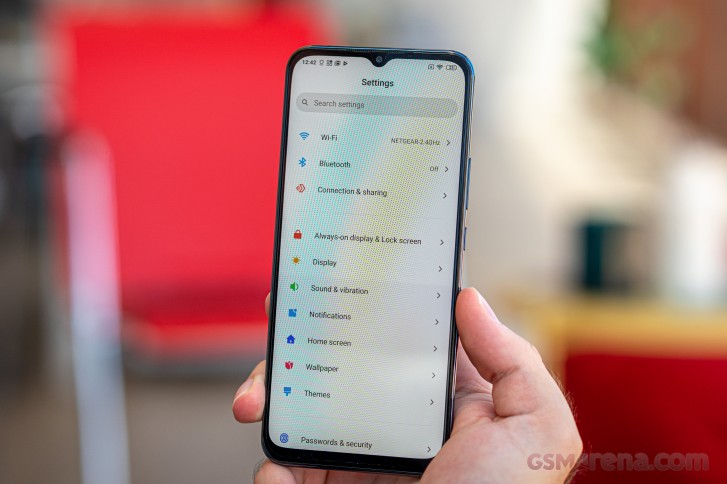 The USB-C port is on the bottom of the phone, the primary mic and the loudspeaker to its right, the card tray on the left. The card tray on our dual SIM review unit will take up to two nano SIMs, but no microSD - the Mi 10 Lite does not support memory expansion.

Up top, you'll find the 3.5mm headphone jack and an extra mic, but also the IR blaster - we're happy that Xiaomi remains committed to the feature.

Buttons on the right • Card tray is on the bottom • Headphone jack, IR emitter and a mic up top 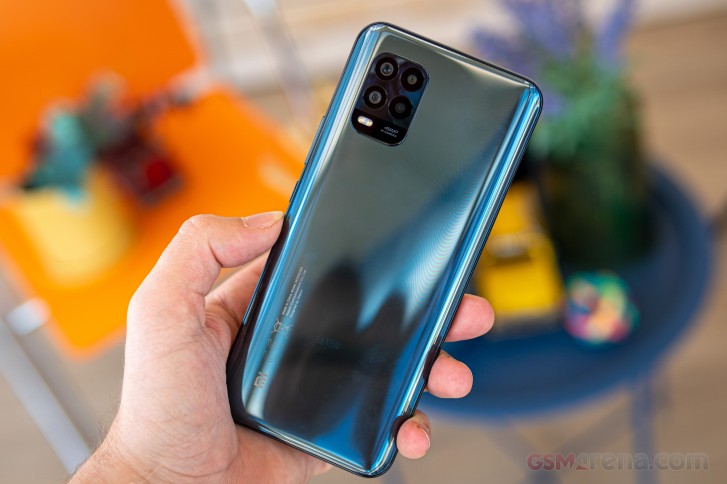 Hi This phone has s better camera or Redmi note 10 pro? Thanks

The Mi 10 Lite and the Mi Note 10 Lite are different phones my guy. I have been daily driving a 10 Lite for almost a year now, and I can say the colours are excellent