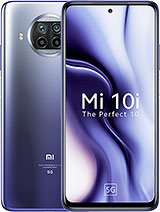 Samsung M52 makes for a better buy. Amoled display, better camera, no ads and a cleaner UI. Not much difference in performance between 730G and 750G.

And the Samsung A52 hasn't even been released yet!

The phone has many issues. Phone book, call history does not load, frequently crashes and closes app. Restart is the only option. Not that great performance wise. Can be avoided

Anonymous, 26 Jan 2021Xiaomi had Nord in its sights with this phone. The Nord cam... moreAgree, they could have charged 25k but given amoled...But the ips pannel which they are using ins’t bad...And yes miui 12 isn’t that good as of oxygen os...I found stutters in 1-2 area, other than that works seamlessly....

Anonymous, 30 Jan 2021Is you mi 10i getting heated while charging ? Mine does Mine doesn’t..Try factory reset as it might be sot fault...If it doesn't get solved go to the service center and replace it

noddy, 29 Jan 2021should i buy this phone or wait for realme x series ? i think you shoud be. bcz abaut camera and cpu

should i buy this phone or wait for realme x series ?

I wonder if this phone's features will work if I bring it outside India. I am from the Philippines and honestly I prefer the Mi 10i's specs over Oneplus N100 5G.

Currently there's a xiaomi phone with similar specs being sold here in my country the Redmi Note 9 Pro 5G but downside is the CN rom. Some guys have fpund a workaround to install google services but some apps aren't working like Foodpanda and GCash. So I'm wondering if the Mi 10i will give a lesser headache since I dont have the skills nor the patience to install working apps.

Anonymous, 26 Jan 2021Xiaomi had Nord in its sights with this phone. The Nord cam... moreBro the mi 10i is far more better than nord its camera is just wow. And there is no amoled display due to its price its aprox 7000 cheaper than nord

Xiaomi had Nord in its sights with this phone. The Nord camera in itself is bad so it seems like Xiaomi said let's just make it worse.

I took Mi10i in the first lot itself..
It's a good camera phone, but am not fully satisfied due to some issues. Phone auto restarting when your hand touch on the finger sensor. Contacts and recent call history nit updating smoothly.. It tooks ?more than 30sec to reflect the recent contact history. Google AR images couldn't load in our physical space. No help available as of now in any forum or online..

..., 20 Jan 2021It's not gimmick lol, try to zoom in in computer. U wi... moreIt's more about sensor size because whether it be 108mp or 64mp they capture 12mp shots anyways through pixel binning. It depends a lot on image processing nowadays since most sensors are good enough. Pixel 5 is using a 3yr old sensor but still captures some of the best shots because of Google's image processing algorithms. And imo Samsung isn't the best in image processing.

Anonymous, 22 Jan 2021I have a 6.7" phone & a 6 5" phone, I put bot... moreThere's also people with small hands. I'd rather want a phone with a 5.4 inch display. That's y the iPhone 12 mini makes so much sense. Android smartphone makers should concentrate on compact phones again.

tamo, 22 Jan 2021Because Xiaomi locked them Why? Could be explain it like I'm five?

Amit, 20 Jan 2021It has X52 modem which is a 5g compatible modem globally. T... moreBecause Xiaomi locked them

Rajinders, 20 Jan 2021In order to capture market of all ages ..young or old ... ... morethat's totally correct, even nowadays it is hard to use phone with one hand with this size. and more the size heavier the phone. It hurts when you get a faceslap while using phone at night.