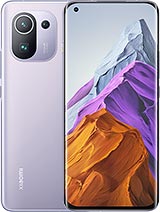 beep bop boop, 29 Mar 2021why is the periscope (5x optical zoom) worse than a portrai... morePeriscopes are great for zooming, but people generally like to take good portrait photos with the telephoto lens on their phone. Xiaomi has a great portrait mode already, but having a regular tele lens helps to optimize that.

August, 29 Mar 2021Aside from the IP68 certification and larger battery, this ... morewhy is the periscope (5x optical zoom) worse than a portrait lens (2x optical zoom)?

Aside from the IP68 certification and larger battery, this feels like a downgrade from the 10 Pro. Smaller image size on both main and ultrawide, a periscope lens instead of a 2x portrait lens, and being pretty heavy despite those omissions.

Great package except it still uses "USB Type 2.0" which is crazy considering it is 2021 and in Pro/Ultra models. Main sensor amazing. Periscope average. Ultra wide disappointing, it is tiny 1/3.06" sensor, compared to other ones and specially to new OnePlus 9 sensor which is 1/1.56" biggest yet Ultra Wide.

What a lovely phone, but damn that Ultra wide.

Also global price will be 1000+ Euros/Dollars and upwards for better memory models.

Amazing phone at the converted Chinese price but not coming to the UK unfortunately, guess I'll stick with the OnePlus 9 Pro.

looks promising..i hope screen 130hz not ruin that 5mah battery....i want watch yotube hole day without plug it wall, and i mean at least 16 hours and then over 30% left

I think this phone is good....better try this one.

No headphone jack no buy