Xiaomi Mi 4, one of the hottest Chinese-bred flagships of 2014, got two modifications over the course of its lifecycle - that's an achievement right there. The Mi 4i was more of an attractive mid-ranger rather than a Mi 4 spiritual successor, but the Mi 4c is what we call a flagship in disguise and a true successor of the Mi 4.

Xiaomi is supposed to announce the anticipated Mi 5 in just few weeks, but yet it surprised its loyal fans with a device so good that it's almost impossible to resist. The Xiaomi Mi 4c looks absolutely the same as the Mi 4i. And this is where the ordinary talk ends. 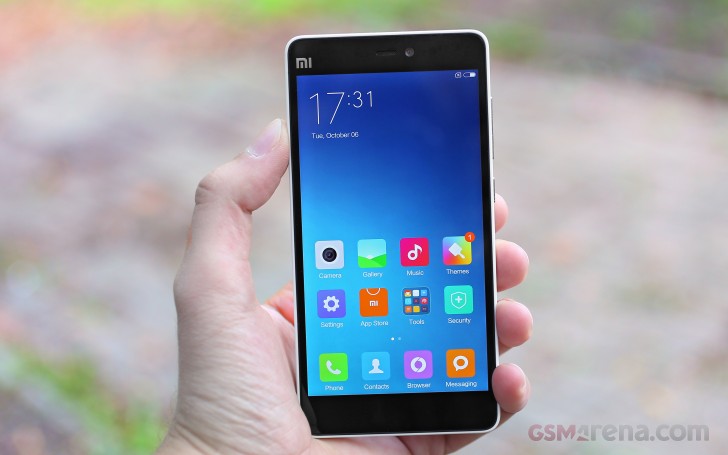 The new Mi 4c is widely advertised because of the Fast Charging-enabled USB Type-C port. In fact, Xiaomi thought this was a major enough upgrade to add the letter 'c' in the name. But there is more about the Mi 4c than that. Take the powerful Snapdragon 808 chip for example. It's the one to power LG's latest creations - the top of the shelf G4 and V10, and Xiaomi is shipping this flagship-grade hardware at half the G4 asking price.

Sure, we can blame Xiaomi for reusing the same design over and over again, but if we have to be honest - we like it and we can let Xiaomi get away with it. We can live with the understated polycarbonate finish for yet another year because of the great pricing and even greater feature set.

The lack of a memory expansion slot and a removable battery is something the Mi followers expected, since it is becoming a trend even with the major Chinese's brands. At least Xiaomi is dedicated on providing 32GB models or more for its smartphones.

Just like the Xiaomi Mi 4i, the Mi 4c isn't meant to be a low-cost version of the Mi 4 original, but rather an alternative option. And this time around it sure won't be remembered as such - the Mi 4c is more powerful, better connected, with richer imagining skills and a personality of its own.

Hi, bought a new Mi 4c a week ago. Camera quality is extremely poor, the left third of the photos totally lacks sharpness, and it's a heavy lens distortion to. Tried a v7 stable, and two v8 MIUI multi ROM's with the same result. It's unbeliev...

you are right genius, but your perception is wrong, this kind of display is cheaper, the replacement digitizer + screen also cheap you genius, just be careful and put on cover, simple, compare to those expensive phone this is more affordable, eventho...

Having Mi 4c makes my friends with S6, ip 6, G4 disappointed. They were complaining on some lag issues. My Mi 4c can equal these 2015 flagships in terms of speed and UI. As for Mi 4c, aside from having a 2015 flagship processor, an impressive camera,...