Many companies and start-ups are at the Mobile World Congress in Barcelona, but Xiaomi decided to go against the flow and had its own event today at the National Convention Center in Beijing. It had two major announcement - its first in-house chipset named Surge S1 and a Xiaomi Mi 5C smartphone, powered by the new processor. 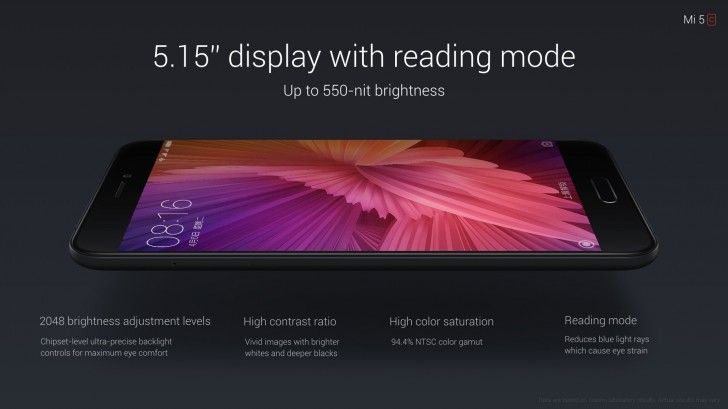 Xiaomi Mi 5C has 5.15” display, a 12 MP main camera and a 8 MP snapper on the front for all the selfies on Weibo. There is a fingerprint scanner on the front and you have 3 GB RAM and 64 GB internal storage. The battery of Mi 5C is 2860 mAh and the device comes with Android 7.1 Nougat and MIUI out of the box. This whole setup is powered by octa-core Surge S1. 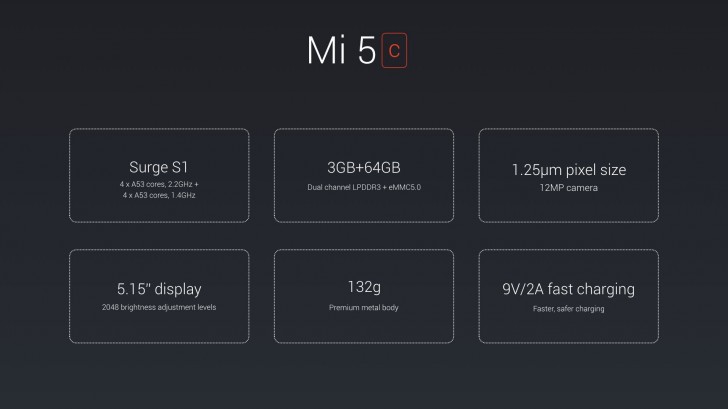 The name “Surge” is still a rough translation of the actual Chinese name of the chipset. The processor comes with 8 Cortex A53 cores, half of them clocked at 2.2 GHz and the other half at 1.4 GHz. The GPU is Mali-T860, and there is VoLTE support. It is made on the 28 nm HPC process and has “lower power consumption for daily use,” according to the company’s press release.

We expected a better SoC to be launched along with the cost-efficient Surge S1, but Xiaomi will probably hold on until it can show us a device, much like today’s event in Beijing.

Xiaomi Mi Mix to be available outside of China soon

of course the regular mi5 is better. mi5 should be put on flagship class, while the "C" version is for the mid range. it should be cheaper than mi5.

when it is launch in india