Xiaomi Mi 5s comes in a rather small box, which contains only the basics - a USB Type-C cable and a wall plug. Luckily, the provided charger supports QuickCharge 3.0, so you won't need to buy a new one.

Xiaomi Mi 5s looks a lot like the Mi 5, or at least we thought that at first. It has curved sides all around its back, while the entire front is covered in glass. So far so good.

Then again, we remembered the glass and ceramic editions of the original Mi 5 and that's when we stopped staring at this beauty and realized Xiaomi switched from glass to metal. And that's a great thing. 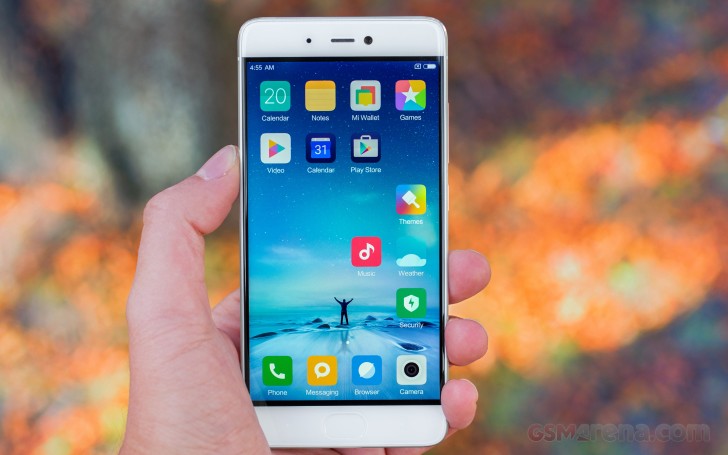 Some tests on YouTube has revealed how fragile the Mi 5 really was and we are glad Xiaomi worked to improve on that by opting for an aluminum unibody. And it didn't make it cheap with huge antenna strips on the back, instead it did just like Apple and HTC by letting tiny rubber lines flow around the metal covering all the phone's antennas. 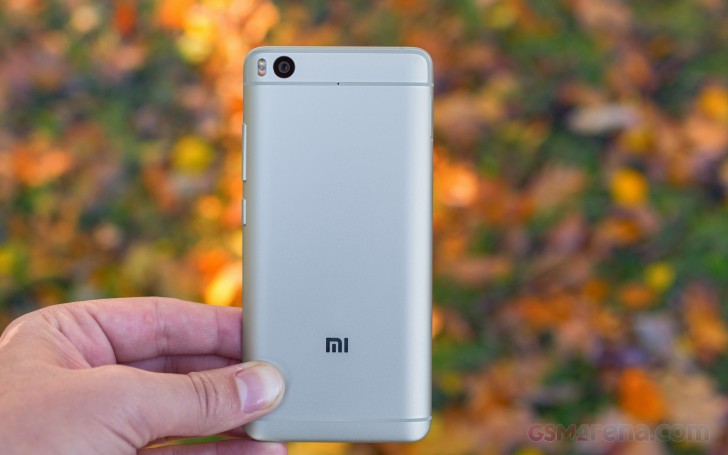 The metal body and its pleasant matte finish improved the grip by a mile, while the extra weight is welcome as it makes the Xiaomi Mi 5s feel a lot more solid.

The Mi 5s, thanks to its 5.15" screen, is still a very compact phone and a pleasure to handle. It fits easily in any pocket or purse and the newly improved grip will make shooting pictures and images easier (and surely, less prone to accidents!).

Xiaomi Mi 5s has a pretty standard set of controls. Above the screen is the earpiece flanked by a couple of sensors and the 4MP selfie camera.

Above the screen • below the 5.15" display is the trio of capacitive keys

Below the display is the familiar trio of capacitive touch controls. The Home key is not clickable and has an embedded always-on fingerprint scanner within its surface. The Task Switcher and Back keys are marked by two tiny dots with white backlighting.

Xiaomi uses the Qualcomm's ultra-sonic technology, also known as Snapdragon Sense ID, on its fingerprint sensor. The utlra-sonic sensor detects the ridges, pores, and other details on your finger by transmitting sound towards the finger, which bounces back on the receiving surface. In theory, this method should be more accurate and faster than the wide-spread capacitive sensors, which scan a 2D image. It is indeed very fast and responsive, but it is just as fast as the one used on the Huawei P9. And its accuracy isn't something to talk about either, because there are times when the sensor underperforms.

The left side of the Mi 5s has the dual-SIM tray, while the right one houses the volume rocker and the power/lock key.

The analog audio jack is lonely at the top, while the bottom of the Mi 5s packs the USB Type-C port surrounded by two symmetrical grilles - one for the primary mic and one for the loudspeaker.

Finally, the new 12MP snapper is on the back accompanied by a two-tone LED flash. The second mic is also around, embedded within the antenna band.