MIUI 9 was announced along with the Xiaomi Mi 5X last week and its official rollout is starting in a week. The first two phones to get it are the Xiaomi Mi 6 and the Xiaomi Redmi Note 4X and they will only have to wait until August 11. 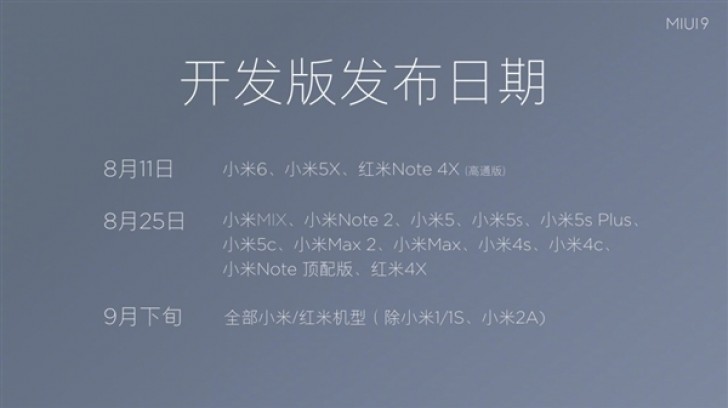 There will be a third wave of updates come September. That will include some entry level devices from a few years back - Redmi 2A and Redmi 1/1S.

The update is currently available only in China, but Xiaomi promised to deliver the Global version soon.

i still haven't got the update to miui 8.5

No, is china developer released