Xiaomi expanded its Mi 8 portfolio with the Mi 8 Pro and the Mi 8 Lite back in mid-September. The Lite was initially available with 6 GB RAM and 64/128 GB storage or 4/64 GB combo, but now a fourth 4GB/128GB option was introduced in China. The device will launch on November 16, and will make its way outside its domestic market later on. 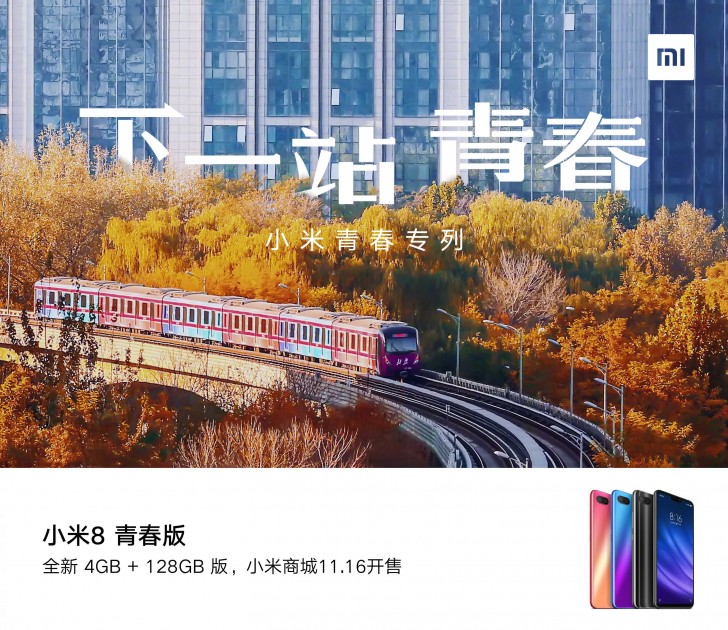 Xiaomi Mi 8 Lite was introduced with 6.22” notched screen and a 24 MP front-facing camera. The chipset is Snapdragon 660 and offers fast-charging for the 3,350 mAh battery. There is also a neat dual camera on the back, fingerprint scanner to keep it company and a neat gradient back panel.

The device is expected to arrive in Europe, with Ukraine and France being the first markets to get it. Xiaomi also held a party in the UK and is planning an event in the United States, so hopefully, the Mi 8 Lite will make it even more markets.

Xiaomi announces its "biggest party yet", will be held on December 8 in New York

why xiomi not considering any new launch of flagships in India simultaneously. Is it because it thinks India a dumping ground for mass produced lower models? Neglecting such a big market is the largest blunder of the brand

Absolutely crazy that this phone hasn't made it to the Indian market yet. With the pricing done right, this phone would sell like hot cakes considering how all the other xiaomi phones here have the same generic looks.