As you can probably imagine, the Mi 8 SE borrows a lot of its design from the vanilla Mi 8 and the Explorer edition. However, it's more than a simple scaled-down version. The overall build follows the conventions of the day - a metal frame, inside a glass sandwich.

The most notable difference in the profile of the Mi 8 SE seems to be the chamfered edges along the metal frame. Those definitely add a little bit of flair to the design, somewhat setting the 8 SE apart from its siblings. 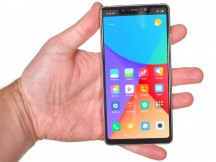 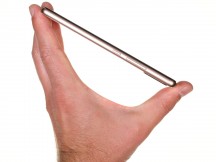 Xiaomi Mi 8 SE in the hand

That very same chamfer comes with another, somewhat adverse, visual effect. Even though the bezels around the display are comparable in scale to the ones on the vanilla Mi 8, they somehow appear bigger. Since we tend to associate notched panels with the latest wave of bezel-free devices, the extra perceived thickness from the chamfers looks like we have a permanent case on the phone with its added visual bulk. Of course, bulky this phone definitely isn't. 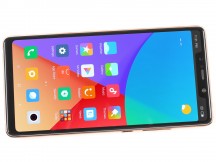 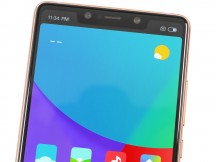 The design of the Mi 8 SE definitely strikes us as modern. The choice of materials also doesn't seem to disappoint. Xiaomi has used Gorilla Glass 5 on both the front and the back of the device. It should be durable enough for everyday use even without a case.

While on the topic, we have to mention the back feels incredibly slippery and it's a fingerprint magnet. Still, that's hardly news about any glass surface. Xiaomi's choice of color deserves a mention. Our review unit is technically marketed as Gold, but the best way to describe the particular shade of the back panel is "creamy pink". It's a pretty interesting look. 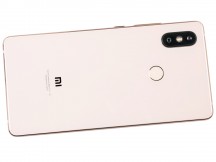 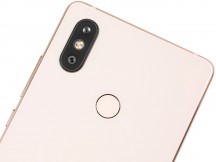 Xiaomi MI 8 SE back side

The rounded fingerprint reader blends in nicely with its surrounding. Keeping up with its solid track record, Xiaomi made sure the biometric sensor is snappy and reliable. Good news, given the lack of an advanced laser face scanner, to play around with instead. At least, Xiaomi fitted a notification LED inside the notch.

The metal frame is matte and really clean on all sides. Unless you dent it, that is. Unlike the regular Mi 8, there's no 7000 series aluminum here, so a little bit more care and attention are required.

On the right side you will find a textured power button and a volume rocker, both metal. 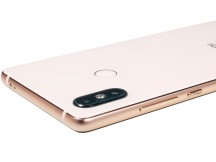 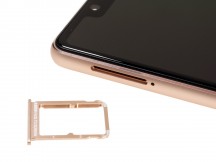 On the right - a dual nano-SIM card slot. Sadly, no micro SD cradle in sight. You are stuck with the on-board memory. For now, Xiaomi only offers a 64GB version, so keep that in mind, if you like to carry around a lot of multimedia. 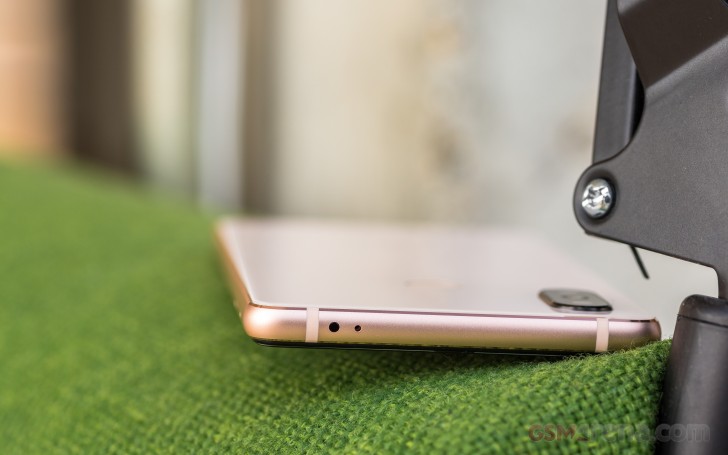 The top and bottom sides both have a pair of small antenna inlays. These share the color of the back of the device and don't really blend in much. Perhaps, hiding them would have been a better design route to explore. 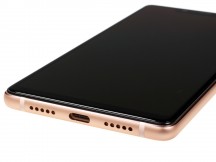 Anyway - the two grills on the bottom hold the main microphone and the speaker.

On the opposite end - the secondary mic and an IR blaster. The latter is becoming harder and harder to find on a modern device, so we appreciate the extra convenience it offers.

Who cares about the radio? Download from G.S . Infrared ? I think OIS are more important. And front facing stereo speakers, with Dolby Atmos. My (2016) ZTE axon beat the MI 8, still.