The Mi CC9 strikes us as being quite familiar. The only thing that stands out is the unusual symmetry in the curves of the front and back glass.

Other than that, it's a regular glass sandwich build if we've ever seen one. The Mi CC9 has got Gorilla Glass 5 panels on both its front and back and the whole thing is held together by a thin strip of an aluminum frame.

All keys are on the right side of the said frame, as well as the dual-SIM card tray. The top has the IR blaster, as usual, while the bottom houses everything else - the loudspeaker, the USB-C port, the mic, and the audio jack. 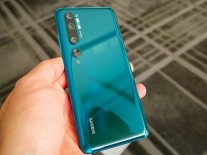 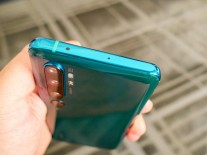 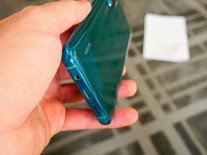 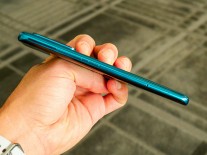 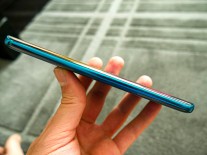 We have here the Aurora Green color version, but honestly, 1/3 of the time it appeared blue rather than green. It's a really attractive color and there is a very interesting dynamically changing pattern underneath the surface. 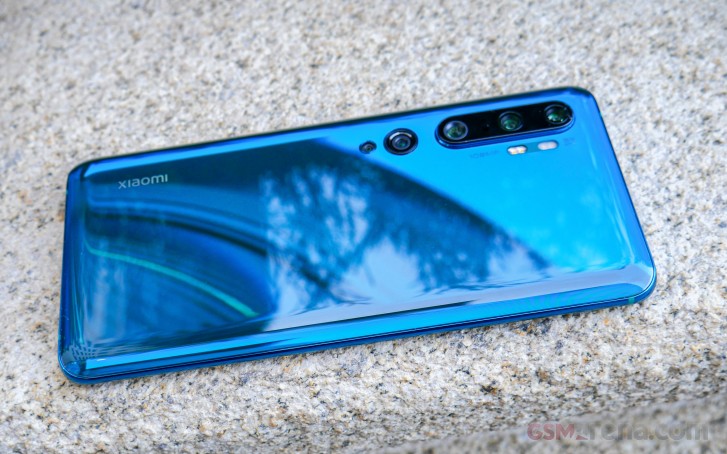 The back is incredibly slippery, but the sides aren't, and that makes it super easy to handle with one hand even though it's quite heavy (208g). The cameras occupy quite a lot of space on the back of the phone so we frequently found ourselves unwittingly covering up the lower two ones with our fingers. But we guess you might get used to that in time. 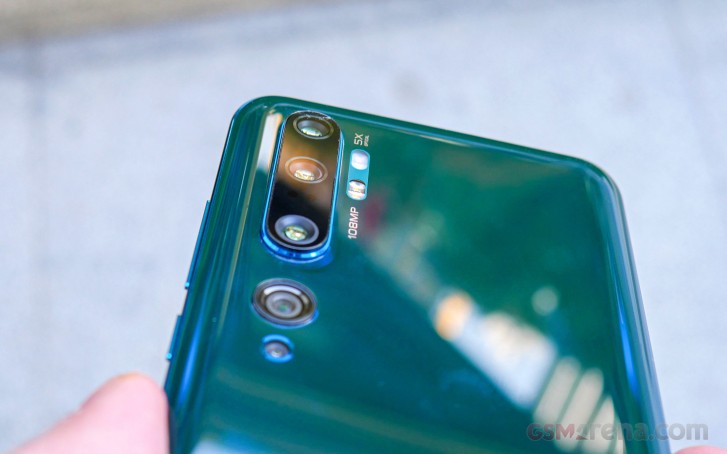 Even though it's heavy, the Mi CC9 Pro is not bulky at all and we find its curves very attractive. It's definitely among the better-designed smartphones out there and we really wish it had water resistance to make an even better-rounded overall package.

The Mi CC9 Pro screen is a 6.47" AMOLED panel, with curved edges, rounded corners, and a small waterdrop-shaped notch for the 32MP selfie camera. 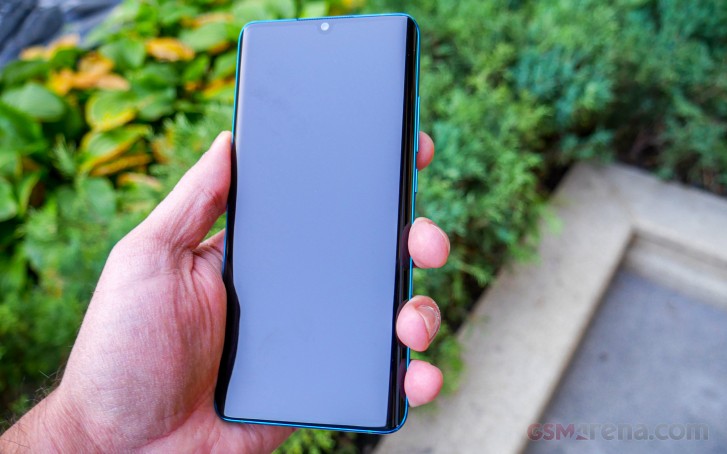 Having a curved front glass (3D display as Xiaomi calls it) has impacted the screen - it does come with accidental touch issues. Palm ejection works great and had issues in the camera app. It's tough to hold this phone without a case when capturing a photo because you have to try and not cover any of the lenses, and not touch the screen sides. 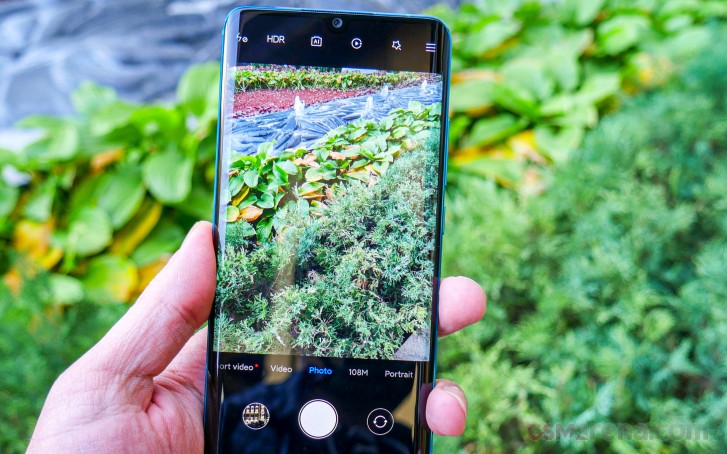 The screen resolution is 1080p+ and we didn't have any issues with it regarding sharpness. Plus, couples with the Snapdragon 730G, the 1080p resolution should provide some great framerates in games.

The Xiaomi Mi CC9 Pro comes with the latest MIUI 11 on top of Android 9. We were hoping that at this point any new device should come out with Android 10 but it seems Chinese users are not as concerned about having the latest OS as Western customers are. Xiaomi says the under-display fingerprint reader is 88% thinner than the previous-gen which has allowed for extra space for stuff such as the battery. The recognition area is 10% larger should be faster and more accurate than its previous version which we've used on the Mi 9T.

So far it's been working great. It takes a bit longer to setup up, but once that's done, this thing just flies. 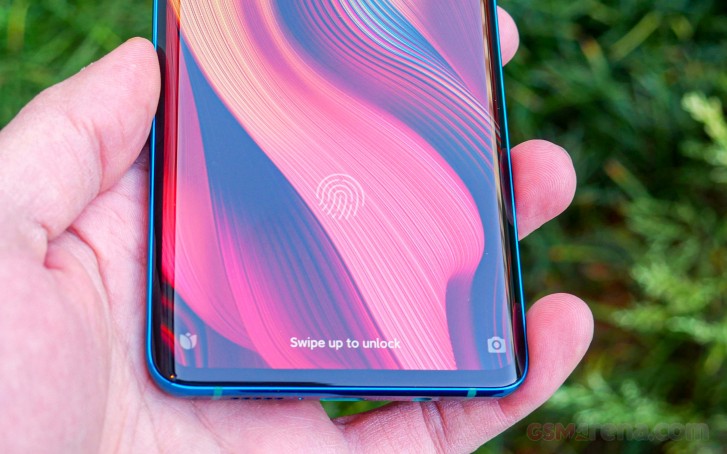 Inside the Xiaomi Mi CC9 Pro there is an 8nm Snapdragon 730G chipset powering the whole thing. It's certainly not a flagship processor but it's the most recent and also the top-performing midrange chipset Qualcomm has. The G in the name means it's optimized for gaming. The GPU clock has been increased compared to the vanilla SD730 bringing a 15% graphics boost.

When it will Ava at Flipkart Amazon or mi app

Bro can u plz tell me about this phone performance..????