Xiaomi will unveil the Mi CC9 on July 2 and the company has already confirmed some of its specs like the 48MP rear and the 32MP front-facing camera. Now, thanks to TENAA, we got the full picture.

A Xiaomi smartphone listed on TENAA bearing model number M1904F3BT, which is very likely the Mi CC9, confirms that the smartphone will be powered by an octa-core processor clocked at 2.2 GHz and come in three memory versions - 4GB/64GB, 6GB/128GB, and 8GB/256GB. The CPU suggests we are looking at either a Snapdragon 710 or Snapdragon 730 chipsets as they alone in the current Qualcomm lineup match that clockspeed.

The Mi CC9 will sport a 6.39-inch FHD+ OLED display having a fingerprint scanner embedded to it. The smartphone will run Android Pie and pack a 3,940 mAh battery. It will also have a triple camera setup at the back which is something the company recently confirmed by sharing the phone's images. 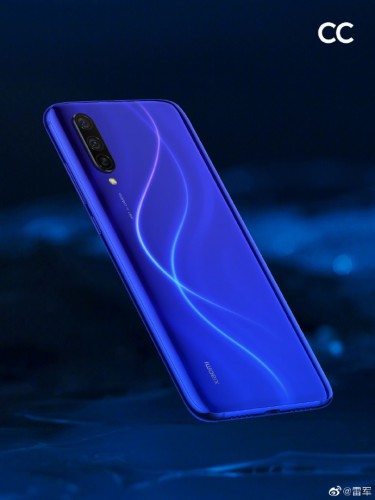 Another Xiaomi smartphone sporting model number M1906F9SC has been spotted on TENAA. It's believed to be the Mi CC9e and has a 6.08-inch display and a 3,940 mAh cell. The listing doesn't include the full specifications yet, but it will likely be extended in the following days.

Meanwhile, Xiaomi CEO Lei Jun has confirmed that the Mi CC9 and CC9e will be joined by a third smartphone on next Tuesday - the Mi CC9 Meitu Custom Edition. It will be offered in 8GB/256GB configuration and arrive in a special blue-colored packaging pictured below. 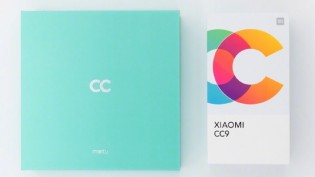 This custom edition will come with Meitu's special beauty filters and an AI-powered portrait mode for impressive low-light photography.

Xiaomi Mi CC9 will come with a 48MP rear camera