A veritable Xiaomi storm seems to be brewing. It is expected to hit some time this month, with the Mi 6 leading the way, likely accompanied by the refreshed Mi Mix and Mi Max. 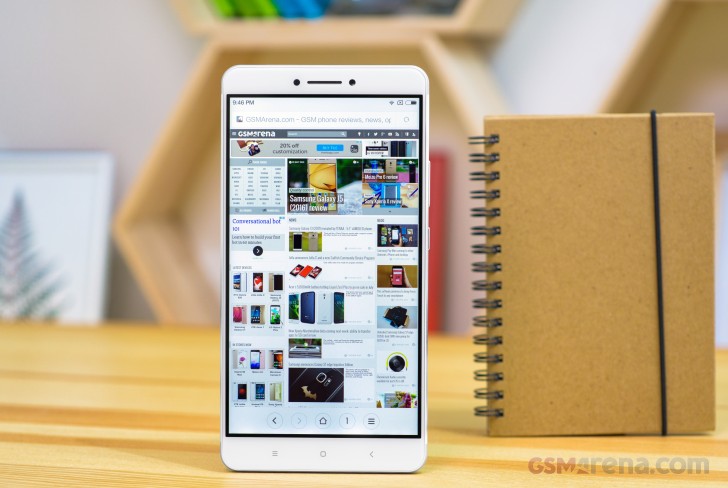 The Mi Max 2 is going to be the most affordable member of the upcoming trio as previous leaks indicated. Now a new insider source claims to offer confirmation of a few of the devices' specs. Apparently, the 6.44-inch metal beast will pack a Snapdragon 626 chipset, instead of the previously rumored Snapdragon 660 one. This entails lesser performance, but on the plus side, the Snapdragon 626 promises a slight edge over its Snapdragon 625 sibling, while retaining the same amazing battery efficiency. This should play out nicely in combination with the alleged 5,000 mAh battery pack inside the Mi Max 2. The source also says the phablet will retain its 1080p resolution and boot Android 7.1.1. Also, a 12MP Sony IMX378 sensor is being cited - the same one inside the Mi 5s. A 5MP selfies is expected to come along as well.

Last, but not least, the new Mi Max 2 is said to cost between CNY 1499 and CNY 1699, or in the $215 to $245 ballpark. Mind you, this estimate reflects local pricing, so you should probably account for some shipping and import taxes as well.

As long as they make the effort to include QuickCharge 3.0 ...

I bought 4 mi max phones for me and family. ABSOLUTELY wonderful and this comes from a Samsung Note fanboy. If they improve the camera a bit, they have a winner. I wish it also came with a stylus.