The Mi Mix 3 is one stunning smartphone, front to back, top to bottom. Xiaomi has put some great attention to detail when designing this phone. And their efforts have paid off. 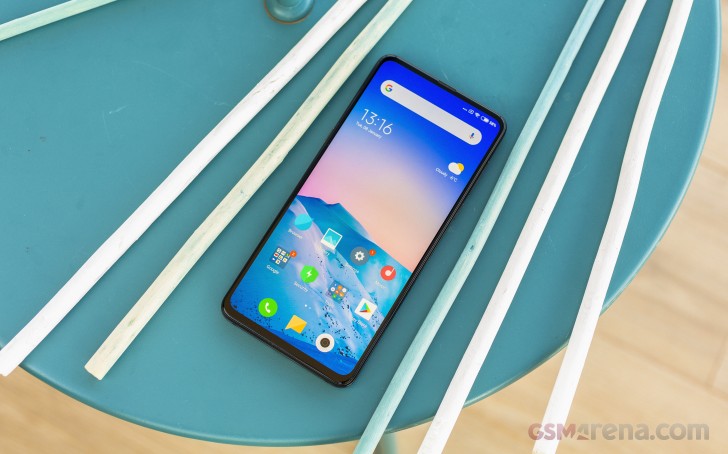 The previous Mixes tried to impress with edge-to-edge screens, but the chin has always been quite the eyesore. While the earpiece was easier to hide, the selfie camera had to be put somewhere at the front and one way to do it was to move it on the chin - the hideout of the LCD controller.

So, to go bezel-less, Xiaomi got rid of the LCD controller and the selfie camera. The first one was achieved by opting for a Samsung-made AMOLED panel. While the selfie camera was moved to its new home - a platform, which mechanically slides up along with the entire back.

This has allowed the entire front of the Mi Mix 3 to be occupied by only the 6.39" AMOLED screen. It's not bezel-less per se, but it's the most bezel-less thing money can buy today. There is one very tiny chin, though it is not even close to the black bars we've seen on the old Mi Mixes. 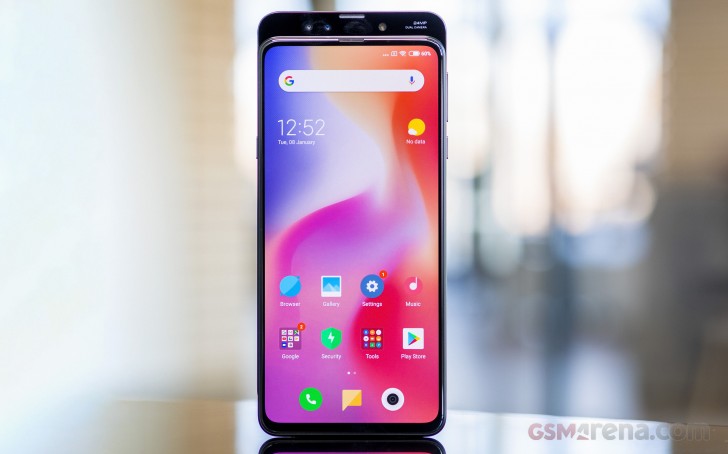 The earpiece grill, which pretty much masks a hole, is etched at the far top end of the front glass (a piece of Gorilla Glass 5). The earpiece itself is on the slider and sits under that hole in the closed position. You can answer and then end a call by using that slider, which is very cool and brings back this cool retro vibe.

There is a tiny white LED light left of the earpiece grille, so in spite of all design changes and bezel shrinkage, the LED has made the cut. 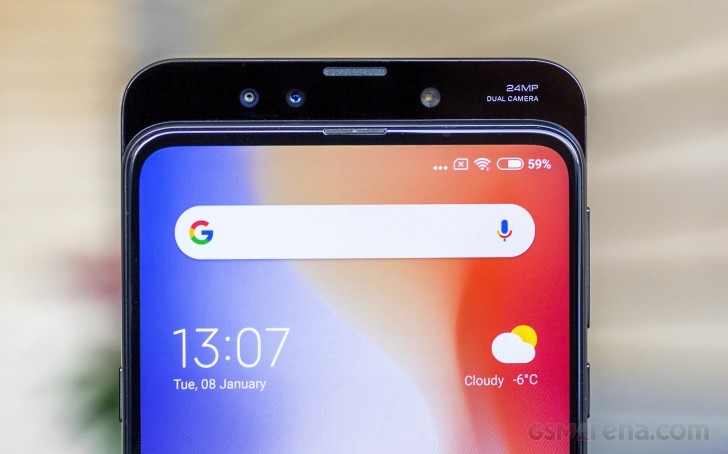 Now, let's talk about the slider. It uses neodymium magnets to lock the phone in the open and closed positions, but it also provides the springy feel in between. Xiaomi says this is a more durable solution than actual springs and the mechanism has been tested through 300,000 open/close cycles. You can safely use it as a fidget toy (you bet we did) through the lifecycle of the phone without breaking anything. Fingers crossed! 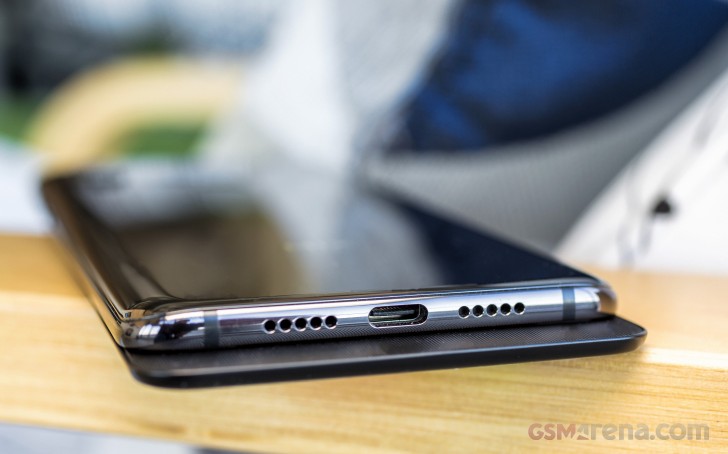 The slider contains the whole selfie setup - the 24MP main snapper and its 2MP depth sensor, as well as the LED flash, and, of course, the earpiece.

The Mi Mix 3 has a curved frame made out of 7000-series aluminum. It's slippery because of the glossy finish, but when it's clean - it's almost a perfect mirror and looks great. The Mi Mix 3 has a dedicated AI key on its left side and it launches Google Assistant. For now, you can't assign different functionally or disable it.

But the real show stopper is at the back. The Mi Mix 3 rear panel is made of ceramic, bent towards its long sides. The black version we have here, when not covered in fingerprints, is one giant mirror. But what a stunning mirror it is! 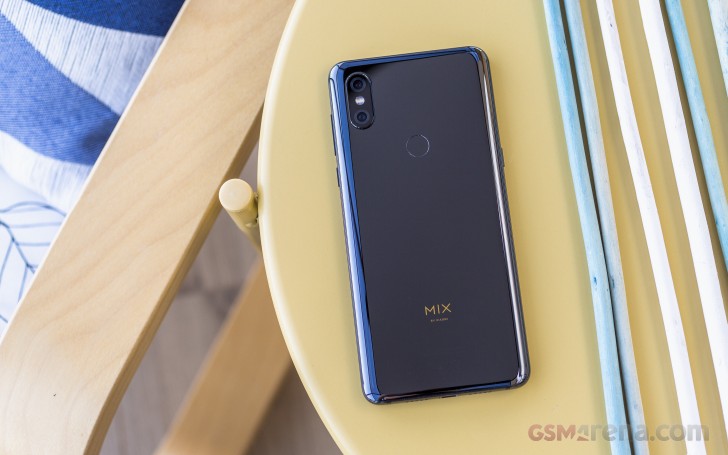 The ceramic is much tougher to scratch than any Gorilla Glass, which means the back has every chance to remain in pristine condition for much longer than the glass normally used for screens. That is unless you drop it.

Anyway, we felt safe to leave the Mix 3 on various desks and tables case-free and after a week of usage it did not have a single scratch on its back. 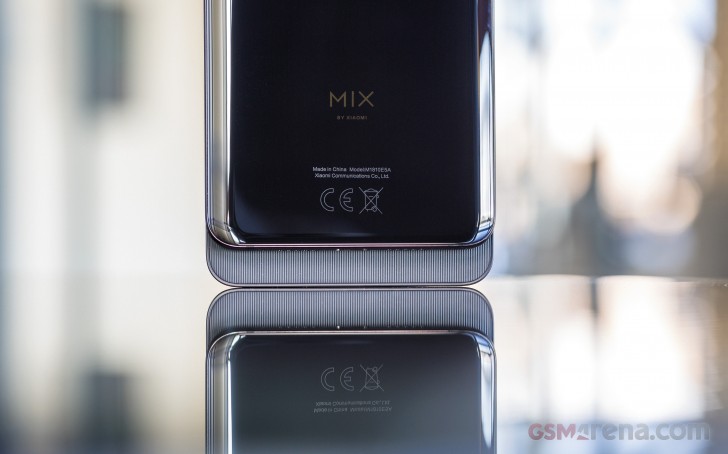 Still, Xiaomi is bundling a slider-friendly case if you still want to use one.

The rear camera, quite reminiscent of the iPhone X, is at the back humping a little bit. The always-on fingerprint sensor is also around, comfortably positioned for your index finger. 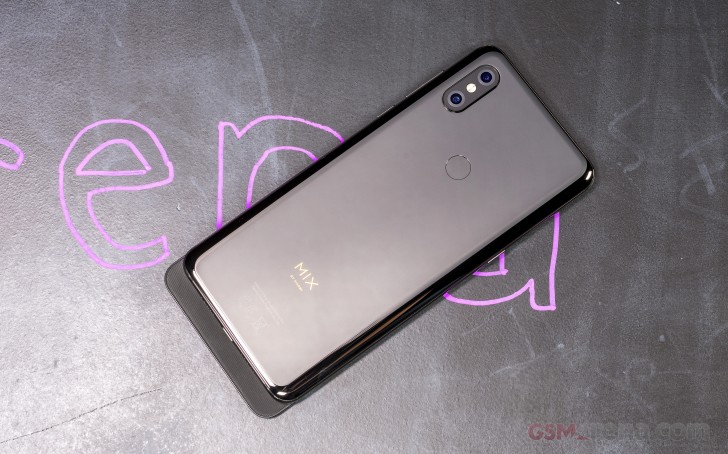 The Mix 3 is available in Onyx Black (ours), Sapphire Blue (available), and Jade Green (yet to be released). And all three are as slippery and as mirrory as they look. So, it's either dazzling looks, or safety, and we all know what the smart choice is here.

The Mix 3 is a beautiful smartphone, and because of its slider - one that many will actually remember. It lacks water-proofing as is the case with any other Xiaomi, but we doubt it was even possible with that sliding part anyway. So, as far as design goes - the Mix 3 is great, but handling is a bity compromised by the extra slippery panels.

Lmao what. How is this a failure. You get a 24 mp front camera with portrait camera individual. You get two high megapixel count cameras on the back with up to 4K 60fps recording. You get a slider that has Face ID immediately when you open it, with o...

Does the mi mix 3 have a dual camera mode? ie. Picture-in-Picture, front and back camera recording.