Yesterday Xiaomi announced the Mi CC9 Pro with a 108 MP penta-camera, and today it introduced its global version.

The name of the phone across the world will be Xiaomi Mi Note 10, and aside from some price differences and the availability of Google services, everything else is the same. We also got a teaser for the Xiaomi Mi Note 10 Pro - which is the international equivalent of what the Chinese market will get as the Xiaomi Mi CC9 Pro Premium Edition.

The Mi Note 10 Pro brings an 8P lens in front of the 108 MP sensor and some extra RAM and storage but shares the rest of its hardware with the regular Mi Note 10.

The Mi Note 10 has a 6.47” Super AMOLED panel with Full HD+ resolution, waterdrop notch and a fingerprint scanner under the display. Xiaomi says the sensor is a new generation and is 88% thinner than the previous, which allows for extra space around it, like a battery, for example.

On the inside there is a Snapdragon 730G chipset, coupled with 6 GB RAM. There is only one version that will initially arrive in Europe - it will have 128GB storage and no microSD slot. 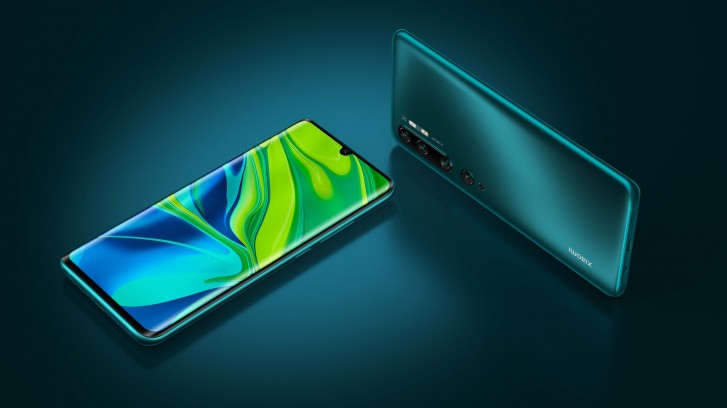 The five cameras on the back of the phone are the focal point (pun intended) of the Mi Note 10. There is a 108 MP main camera with the huge 1/1.33" Samsung ISOCELL Bright HMX sensor with a 7P lens for the non-Pro version, a 5 MP telephoto camera with 5x optical zoom, another 12 MP with 2x zoom meant for portraits, a 20 MP wide-angle shooter and a macro lens that allows shots from up to 1.5 cm, which Xiaomi says is an industry first.

The selfie snapper has a 32MP sensor and f/2.0 aperture, and in the waterdrop cutout of the screen. 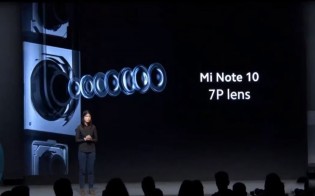 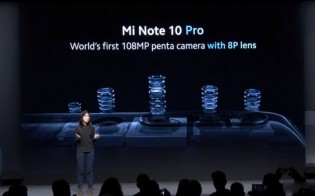 Xiaomi Mi Note 10 also comes with Night Mode 2.0 that stacks raw files, instead of JPEGs, which should allow for better detail and dynamic range. The ultrawide camera will also get the feature, but it will arrive in the near future via OTA update.

The phone packs a big 5,260 mAh battery with 30W fast-charging support, but sadly, there is no wireless charging. It also lacks IP rating, but at least there is an IR blaster to control your other electronics. 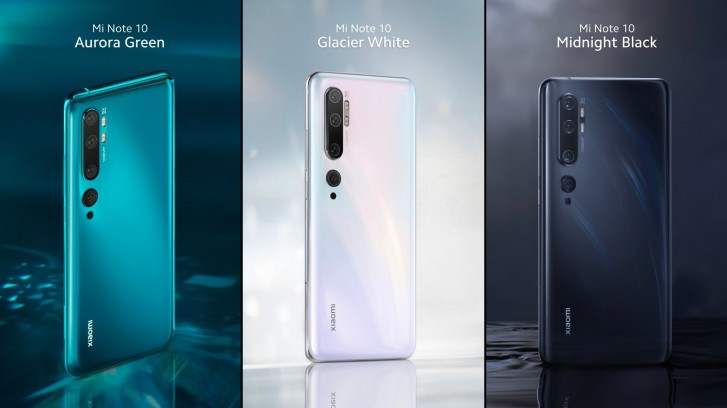 There are three color options for the phone - Aurora Green, Glacier White, and Midnight Black. On November 11 it will arrive for sale in Germany, November 15 is the lucky day in Spain and Italy, three days later is France's turn, while the United Kingdom and Benelux will receive the device "soon".

Are you really complaining about the moody capable smartphone camera ever? Bruh

1 large pixel can accumulate more light than a small pixel, but think of a case where 1 large pixel equals 4 smaller ones. Now we can utilise 4 pixels differently i.e., all four can capture light at different exposures (real time hdr). But that's the...