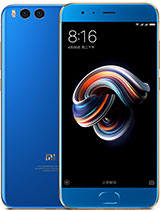 Genuine Interest, 09 Sep 2017Just saw the teaser video of Mi Note 3 The size looks simi... moreBezel doesnt mean its old.. Every phone will look the same without bezel. There is the Mi Mix 2, bezeless phone for you.

JJ, 11 Jun 2017Agree price will be equal to Samsung S8. Customer service (... moreXiaomi phones prices are increasing but still think the added value is not matching up
Some of their phones are great.. no doubt. Especially, the Mi series 4, 5 maybe even 6 as my friends do love them dearly
Was going to get one of those myself, but had a change of heart

I never had a Xiaomi simply because I was highly anticipating for better value, from Mi series to the Mi Note series.

Ended up choosing OnePlus 3 back then, but then it was hard to get them in my country, then soon 3T was out, so waited in line for that too, then 5 was around the corner, also still waiting now. Haaa.. More sellers now but quick to sell out.

Just saw ad about Mi Mix 2 will be introduced next week along with Mi Note 3
I think it's just not meant to be with OP.. LOL
Back then, Mi Mix 1 looked unreal and their bad voicecall quality through the glass was a deal breaker.
Can't remember why got turned off with Mi Note 2

Mi Note 3's price should not go up higher too much
Otherwise, there'll be too many other choices for high-end pricey phones

No OIS, no success

Anonymous, 09 Aug 2017I've been a long time avid Android user and I own Mi 3 for ... moreYeah but on a 5.15" screen, do you really need anything beyond 1080p? I would rather the extra battery life over a sharper screen because the Mi 6 already has around 428 ppi pixel density. How much more do you need?

I've been a long time avid Android user and I own Mi 3 for almost three years now and I'm tired of 1080p screen displays. Xiaomi is still stuck at 1080p display for their smartphones even their flagship Mi 6. What's up with that? Can't see the difference by the naked eye?
1080p screens to conserve or prolong battery life? Come on. I can see the obvious difference between a 2K and 1080p screen with these eyes you know. We do vary in choosing which matters in a smartphone though, I chose screen displays over design; price over brand; and specs over popularity. Anyway, there has been news circulating that Mi Note 3 would sport a 2K OLED display. I'm on the verge of leaving Xiaomi (despite their great software support but not always) and switch to a different brand. But if the rumors are true especially with the screen, then there's a huge chance that this might be my next smartphone considering its rumored specs and the screen of course.

AnonD-679874, 25 Jun 2017camera is horrible in Xiaomi :( Asus has betterU should know that only the minority cares for ASUS? And the rest don't even give a damn about them? Wake up. Their software is crap for the camera

Hopefully it will include an SD slot this time.

AnonD-679874, 25 Jun 2017camera is horrible in Xiaomi :( Asus has betterI've compared my Mi5's camera against my friend's S7. we both agreed mine's better. I don't think zenfone 3's could perform better than samsun s7 though.

Anonymous, 31 May 2017yes their software is very bad, this phone might be ok but ... moreAgree price will be equal to Samsung S8. Customer service (xiaomi) extremely poor. Xiaomi started out great, now so many junk phones. Complaints worldwide and no action from Xiaomi.

Bad sector is only on camera

this phone is great u guys sucks

AnonD-570227, 30 May 2017Another great device at good price... But shit,bad, impossi... moreyes their software is very bad, this phone might be ok but hardly worth the price they will charge....

Another great device at good price... But shit,bad, impossible software... Xiaomi is like a buagti engine on a golf I...
PS don't buy any xiaomi flagship...