Back in January, Xiaomi announced two new high-end phablets - the Mi Note and the Mi Note Pro. Since then, the former has been available in China through the company's signature flash sales, but so far the Mi Note Pro hasn't been released.

If you've been waiting for it, though, you won't have much more of that to do from this point on. Xiaomi CEO Lei Jun posted on his Weibo account that the Mi Note Pro will finally become available to order starting on May 6. 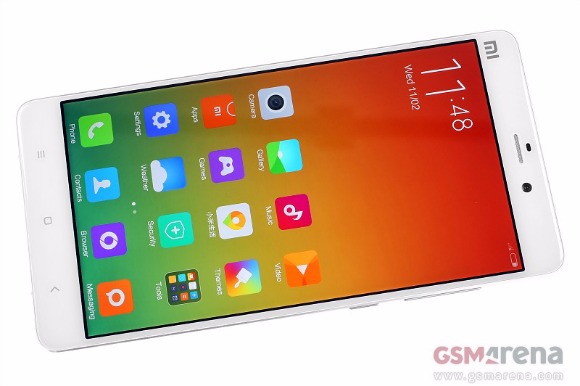 It's still unclear if orders placed then will ship immediately or not. That said, at least you will be able to order one, after many months of waiting.

The Mi Note Pro looks just like the Mi Note on the outside, but it's got higher-end internals. It comes with a 5.7-inch QHD touchscreen, 4GB of RAM, 64GB of storage, and it's powered by Qualcomm's Snapdragon 810 SoC, which brings with it support for Cat.9 LTE (with 450Mbps peak downloads).

The cameras are still 13 MP on the rear and 4 MP on the front, just like those on the Mi Note, and the battery has the same capacity too: 3,000 mAh.