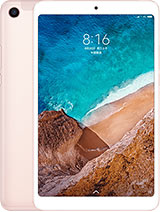 Ninjafig, 27 Jan 2021Does anyone know the max size sd card that this tablet supports? I'm using a 1TB card with no problems.

Ninjafig, 27 Jan 2021Does anyone know the max size sd card that this tablet supports? Up to 128gb via micro sd card

Does anyone know the max size sd card that this tablet supports?

Contrary to the majority of people here, I don't think this tablet is THAT great. Having used this tablet for over an year, I can't deny that it is great performance-wise, but I just don't like it.

Again, not saying that I hate it, but I really do not have any 'warm feelings' for it. There's nothing special about it that makes me love it.

The screen is good, but not great.

The build is good, but not great.

The PRICE is fair, but not a bang for your buck.

Overall I don't regret purchasing it, but it wasn't an amazing deal (got it for USD $160 on 'sale').

Melon Soda, 07 Aug 2020IMO one of the best 8" tablet for the sub $200 price p... moreI own this pad and its really good for $220. Good old 16:9 ratio, long batt life, even custom rom development is available cause of sd660. Mine even has lte connection. Seiously the only competition is small brand teclast. I pick miui over any other os, sadly theres no official andriod 9.

IMO one of the best 8" tablet for the sub $200 price point. Albeit the market for tablet isn't that big anymore, only samsung and huawei still offer tablet (plus many chinese brand) from android side.

The only downside is that there is no official global rom for this device, either using china rom or moded/custom rom like xiaomi.eu one. And there is no fast charging support although the sd660 support it🤔.

Despite the phones are bigger and bigger, an 8 or 8+ inch is still very handy and useful, especially with a better performance, therefore I am very eager to buy a new far better MediaPad tablet rich in high tech features!
Good luck, and keep moving!
The customers waits for it!!!
Regards!

Google services is not working properly

Okay like, don't get me wrong, this tablet technically isn't "bad". In fact it can be considered the best tablet you can get for this price, but that's where the beauty stops.

Other than the price and the specs, IMHO this tablet is quite average. And this is coming from one year of owning this tablet.

First of all, the build quality is just average. The "metal" used on this tablet doesn't even feel like real metal. And I don't like that there's a plastic gap that separates the screen from the back. And also it feels unnecessarily heavy. Overall it just screams cheap.

Second of all, the display is just average. Sure, it has a 1200p display, but the color reproduction is just horrible. Colors look noticeably washed out and lacking contrast when compared to almost any other decent Android tablet. I think this is because of poor lamination. Heck, even my 6 year old Samsung Tab 3 8.0 with a 720p display has waaayyy better color contrast and saturation than this. This just goes to show that on-the-paper specs don't mean everything, and this is coming from a person who religiously in specs more than real life performance.

Thirdly, there's no GPS on this tablet. Dunno why there isn't, but okay.

And you know what makes all this even more funny? This is presumably Xiaomi's last tablet offering, yet all their previous tablets have WAY better build quality than this. For example, the Mi Pad 2/3 both have an aluminum unibody build that actually looks and FEELS like real aluminum.

What a shame that they had to put such nice specs into such a mediocre build.

Overall I somewhat regret buying this tablet, not because it's "bad" (far from it), but because it fails to impress me in any way. Even after one year, I still do not have any 'warm feelings' for it.

And this is why I'm never going to buy any Xiaomi midrange device. From the reviews, I've always had a gut feeling that their build quality is cheap-ish, and my gut was right all along.

P.S. FYI I've already unlocked my Mi Pad 4 and have Pixel Experience ROM running on it, BUT, even with custom ROMs I still don't like the Mi Pad 4. The screen just makes everything look boring.

Ridrid, 18 May 2020My mipad 4 now was shut down and i can't power it on! even ... moreOMG, that's unfortunate. Mine is still working for 2 years now. Maybe somebody dropped your tablet. Better let the technician take a look to prevent further damage.

My mipad 4 now was shut down and i can't power it on! even if i charge it shows nothing on the screen! i left my tablet in my room for about 4 hours and i believe it has 85% - 90% battery life.. Is this some kind of issue on the software? i've seen the same issue in some pages.. anyone here with related issue with this tablet?

I've been using this tablet over 5 months now. I love it. The developer community on XDA is thriving, which is essential for me as I root my android devices. There are several custom rooms to choose from (so that we don't have to use the Xiaomi OS). The size is good even for writing quick emails and reading pdf files. Charging is a bit slow but not excessively. Availability might be an issue depending on where you live. I managed to get mine from a seller in my country who also offered a 6 month warranty.

A rival to the iPad

Bees, 20 Mar 2020I recive Mi PAD 4 as a gift from some one but not functiona... moreYou may activate your Mi Pad using the local Wifi Sir

I recive Mi PAD 4 as a gift from some one but not functional in my country operator. Ethiopia