Another year, another Mi Band from Xiaomi. Called Mi Band 4 in China and Mi Smart Band 4 on the international scene, the gadget sports an OLED screen with 16 million colors for the first time in the lineup. I had been using the Mi Band 3 on a daily basis, so switching to the Mi Smart Band 4 was a no-brainer. One trip to the Mi Store later, and here am I, staying with the current trends.

The new Mi Band has a tall retail box and you’d expect something massive to come out. In reality, half of it is empty - the top side is occupied by the rubber band and the actual pill-shaped gadget, the bottom is reserved for the reading material about licensing and whatnot, but those could have easily fit in half the space. 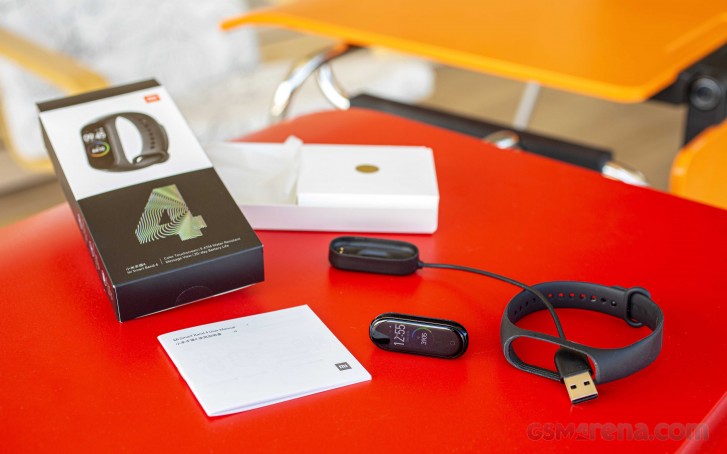 One thing that immediately grabs the attention is the new charger - now the Pogo pins are on the bottom, instead of being hidden in the edge, so you need a new cable for it. It still is with USB on the opposite end, so you can just plug it in a PC and forget about it until it is time to charge the device.

The predecessor Mi Smart Band 4 also had an OLED, but now the diagonal grew from 0.78” to 0.95”. Looking at it at a sharp angle you can see the actual display, which is surrounded by a lot of plastic bezels on all sides, but this is rarely an issue in real life. The responsive button is now marked with a tiny white circle, but the whole ensemble did not make the device bigger - the Mi Smart Band 4 fits comfortably in the rubber bands designed for the Mi Band 3.

If you are like me and you’re upgrading, here’s my suggestion - use the old one until it breaks, then replace it with the one that came in the package. 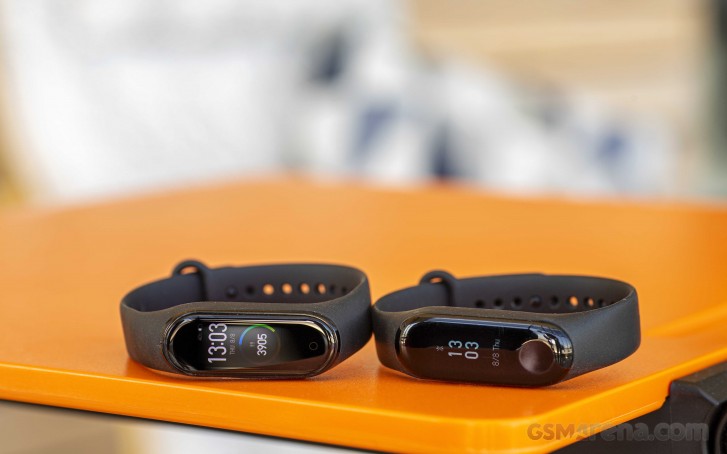 The back is occupied by the regular stuff - heart rate sensor, connector pins and the Mi logo. Bear in mind this is where the Mi Smart Band 4 gathers grime the most, so it is good to clean it with pure alcohol about once a week. 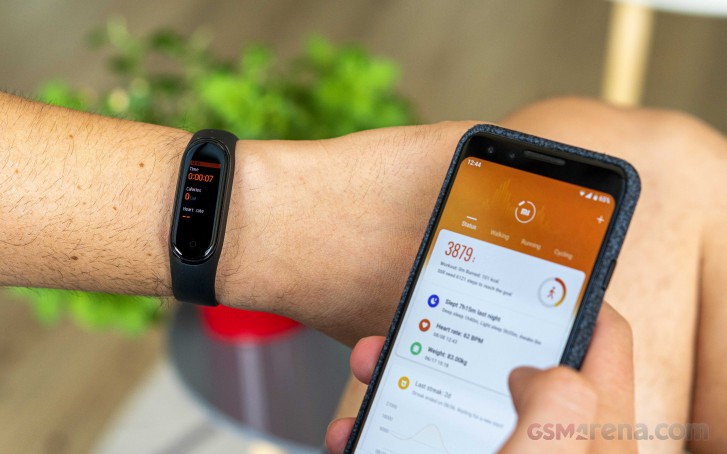 When I connected the band to the Mi Fit app, it immediately transferred all my settings, so I didn’t have to bother setting up alarms and notifications all over. The application is redesigned as well, with more colors and graphics, but the key information remains readily available, for which Xiaomi deserves only praise. Speaking about colors and graphics, since the OLED supports all the colors, you can set up a custom home screen, which gives the band a personal touch.

Here is where I was pleasantly surprised. Bringing more power-hungry features while keeping the same footprint isn’t the easiest of tasks. Somehow Xiaomi managed to improve the sleep tracker, so when you are sleeping, the device actually preserves the battery life and the Mi Smart Band 4 lives longer between charges. 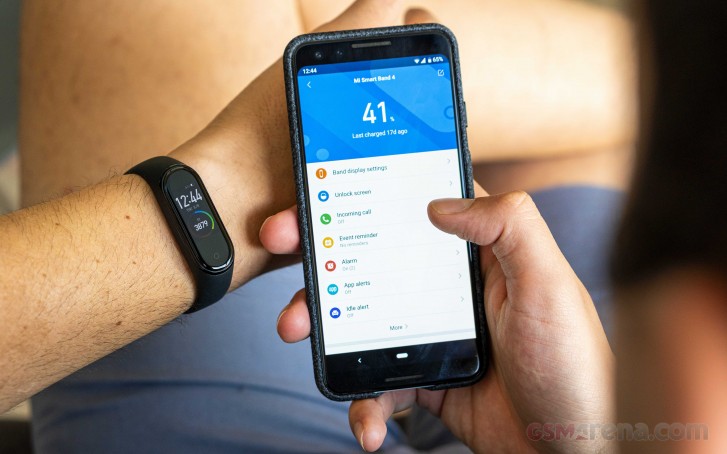 Here’s my two cents after enough time of using the gadget - the Mi Band 3 recorded my heart rate and my sleep at every five minutes. It buzzed once in the morning to wake me up and that’s pretty much it - I am not a fan of notifications on my wrist since I am already with a phone in my hand pretty much all the time.

This kind of usage gave me 14 to 15 days on a single charge. At the time of writing, the Mi Smart Band 4 has 33% battery life remaining after 18 days of usage, so it’s pretty safe to say it will hold on for at least another week. That’s quite the gain, given the battery only increased from 110 mAh to 135 mAh.

The Xiaomi Mi Smart Band 4 has three key points - it is light, it is cheap, it is straight to the point. There is the right amount of features without any clutter and the app is helping you understand your body better. 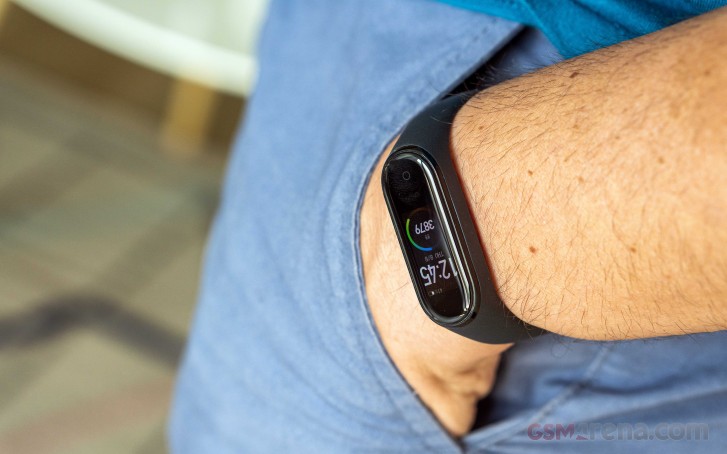 There are a couple of devices trying to compete, like the Huawei Band 4 and the Samsung Galaxy Fit e. However, the Mi Smart Band 4 is just €35, edging out any competition, making it the true king of ultra-affordable wearables.

can any one confirm the length off the mi band 4 screen/dial in straight mm? i have a small wrist and want to compare with apple watch 40/44mm before order (online)

Can we saw notification of calls in mi band 4.