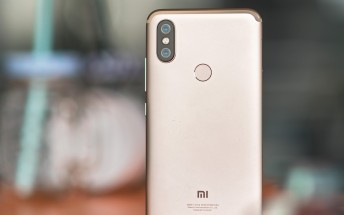 The upcoming Xiaomi Pocophone F1 has passed through the AnTuTu benchmark, posting an impressive 285k result - as per the leaked screenshot below.

The benchmark shows the device as the Poco F1, leaving little doubt as to which device it is.

The screenshot doesn't outright show the chipset but the score itself puts it in Snapdragon 845 territory - as earlier reports have suggested. It outshines the likes of the OnePlus 6's AnTuTu score.

There's still no word on when we can expect the Xiaomi Pocophone F1, but we know it will be among (if not) the cheapest Snapdragon 845-powered phone in Europe. It will come in 6GB/64GB and 8GB/128GB configurations, a 12MP + 5MP dual camera on the back and a 20MP camera on the front.

In romania at pcgarage is already available, in stock.. looks like an awesome phone.

The phone is already available in Romania (6GB RAM) for ~432 Euros.