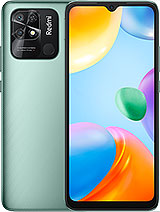 Jokes, 17 Aug 2022Just bought my Redmi 10C, it's been around 3 weeks . B... moreTrue,the navigation buttons will disappear, especially in landscape, but you can recall it by touching on the edge where it should be, and touch a few more times. I am still learning this peculiarities.

Jokes, 17 Aug 2022Just bought my Redmi 10C, it's been around 3 weeks . B... moreYes, you are right, the touch screen is not sensitive at the right edge of the keyboard, so pressing the delete key for example, requires pressing it slightly to its left centre in order to register a hit.

Jokes, 17 Aug 2022Just bought my Redmi 10C, it's been around 3 weeks . B... moreDon't keep resetting. I found that the system takes some time to adjust and optimise. It is getting better as I use it.
Generally, the weakest function is the orientation sensor, it's not very effective, a few times I needed to restart android to get it back to normal response, but once you understand it's range of sensitivity, you just let it respond in it's own fashion.
There is no issues with flickering screen and freezes, i don't understand why some complained about that. I am setting the lowest refresh rate to save battery. I also set not to use extended ram to preserve memory health. I still can launch the typical apps well, and the ram memory is always available.
For camera, as long as you set focus, the pictures will come out fine.

Just bought my Redmi 10C, it's been around 3 weeks . But it is pathetic.

- touch response is poor, pathetic when typing especially at edges of the screen.

- sensor response is pathetic. accelerometer sensitivity is so poor. It cannot detect changes UpTo about 30 degree angle(when I turn my phone from flat position to a angled position, it cannot detect efficiently. Even when turn my phone upside down in landscape mode, it takes much time so sense that orientation)


Any solution to make it better?

Does not have a panorama option with a 50mp camera?

Good for user who only have low budget and for light to mid gaming (not for heavy game ) and daily use camera is good for non pro taking photo selfie is not quite good and it doesn't heat too much when playing i got it for only 6,000 Pesos for 4 gb 128 gb

Owner, 30 Jul 2022The GPS driving guide still works. It may take a while at t... moreWhat were they thinking skipping on compass.

Goodfellowe, 29 Jul 2022I have noticed that my redmi 10c has flickering screen when... moreSame, when the background is white then I scrolled down the tool bar

e5r6, 11 Aug 2022Faker than Mickey Mouse's leather coin, the UNISOC T61... morein terms of video recording, 1080p recording looks like upscaled 480p.
and yes helio p35 vs unisoc... i was joking. sure it offers best performance at low price but they overheat pretty fast than iphone 6s when you game at medium setting. (depending on build material) in terms of audio, it has some distortion when you use headphone. atleast its good in audio recording. it picks up some bass and great highs.

you have to suffer, 07 Aug 2022Unisoc T61X performs the same as helio P35. there is no way... moreFaker than Mickey Mouse's leather coin, the UNISOC T610 is on par with Snapdragon 665 on both CPU and GPU, it still says its competition is the Helio P35 if only on GPU
It will beat the Adreno 610 by more than 20% I don't imagine that the PowerVR GE8320 will destroy it in a thousand pieces you will say that it will be on par with the Helio P35 just because UNISOC is used in low range and they are not overrated like Snapdragon or Helio but even if they offer beastly performance at their price

How many issues does this phone had? Since others have complains about it.

Anonymous, 05 Aug 2022Why is it's camera shoot out not good.it has o lot of ... moreHaving more MP doesn't means that the shots will be better. If you have more MP then you can print or display the image in a larger size. You can get about the same quality of picture in lower MP, but the picture size have to be smaller then. (Smaller means small in length and width). You can read more about this in a article called something like comparation between higher and lower megapixel camera in Photographic Life.

rsdt, 05 Aug 2022Many 100-130 dollar mobiles mount UNISOC processors with id... moreUnisoc T61X performs the same as helio P35. there is no way comparing to snapdragon chipsets

Anonymous, 05 Aug 2022Why is it's camera shoot out not good.it has o lot of ... moreI think the camera performance is limited by the software, not the hardware. I read somewhere that a third party camera app could solve this type of problem. If got time, will try search in Play for such app.

Someone asks about flickering issue, not with my unit.

Regarding processor performance, after using it, my conclusion is that cpu performance is pretty much reached the top already for most apps. There is little need for higher end cpu, because the difference will be so small that it is not worth doubling the price. A big part of time delay is due to data speed which is not related to cpu specs.

But, for gamers, I am sure they will have their set of standard which is beyond mine, like being able to generate certain level of cinematic details, etc.

Once again, I wanted to stress that android is pretty smart to use a small ram size of 4G efficiently for typical apps. So, there is no need for bigger ram.

Why is it's camera shoot out not good.it has o lot of MP that one would think it's good in photo shooting.50MP is too much.